Meghan Markle’s Royal Delusion: Imagined Driving In Golden Coach, But Found Out She Had To Work Instead 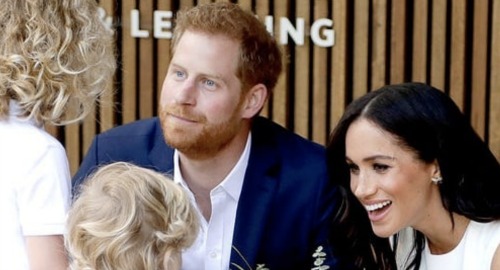 Meghan Markle always wanted to be a princess, her brother, Thomas Markle Jr., recently said. However, it seems that the reality of royal life didn’t match up to the fairy tales that the Duchess of Sussex remembered from childhood. Princess Margaret’s closest confidante, Lady Anne Glenconner said the former actress thought she would ride around in a golden coach.

Lady Glenconner, 87, spoke to The Guardian about Prince’s Harry’s wife. She explained that Meghan Markle didn’t realize she would have to work hard when she joined the Royal Family. She thought her new life would be “driving around in a golden coach.”

The Duchess of Sussex: Required To Work Hard

Being part of the Royal Family isn’t as glamorous as some believe. They are expected to attend many appearances and participate in royal engagements throughout the year. Doing good works and helping to improve communities is high on the priority list.

Even though Meghan did attend royal engagements and got involved with charitable work, her diary was quite skimpy compared to others in the Royal Family. In fact, Court Circular reported that the Duchess of Sussex was named “least hardworking royal.”

Meghan only attended 83 engagements in 2019. To give a comparison, Prince Charles had 521, despite him being 71 years old. Express noted that Meghan’s 83 engagements is a dismal number when one considers that Kate Middleton did much more, even during the years she went on maternity leave.

In the past, royal experts have concluded that Meghan was naive and had unrealistic expectations of royal life. Becoming the Duchess of Sussex did not give her instant popularity. In fact, she received a lot of negative media attention, especially when compared to her sister-in-law, Kate Middleton.

It is speculated that since Meghan was unhappy with her royal life, that she might want to return to acting. Even though Prince Harry and Meghan Markle are currently self-isolating on Vancouver Island, there is word that the couple is considering moving to California. Some also predict that Meghan will return to her acting career. However, those speculations have not been confirmed.

What do you think of Lady Glenconner’s statement that Meghan mistakenly believed she would drive around in a golden coach? Do you think her princess delusion was the real reason for “Megxit?”

Don’t miss all our hot Meghan Markle news here at CDL. We’ll pass along plenty of updates as other royals news rolls in.