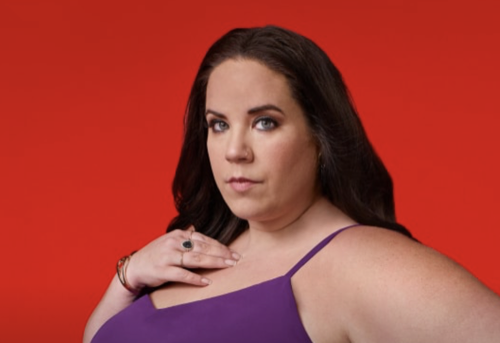 In tonight’s My Big Fat Fabulous Life season 8 episode 2, “Whitney’s Long-Distance Relationship,” as per the TLC synopsis, “Agonizing over his blow up with Whitney, Buddy seeks her out to apologize but scares her with the intensity of his reaction. When Whitney visits Chase in Wilmington, North Carolina, for the weekend, he gives her an unexpected surprise.”

Whitney got into it with Buddy. To be fair, Buddy has been a jerk the whole weekend. Buddy didn’t like it when Whitney talked to him about the touching because he thought the new guy should dictate the terms of their friendship and so he didn’t show Whitney the respect she deserves. It didn’t matter why Whitney told him to ease up on the touching. Her telling him that she didn’t want to be touched all the time should have been enough for Buddy and he shouldn’t have complained about it. The whole purpose of the weekend away was to celebrate Whitney and Chase. The two of them were getting married and so there was no reason for Buddy to be a jerk about it.

Buddy didn’t like hearing how he couldn’t touch her as much. He didn’t like talking about the wedding. He didn’t like that Whitney was pushing herself to do more fitness and it was like he was a jealous lover. He was acting jealous. Buddy hated everything involving the weekend and Whitney had no idea what to do with him. She had snapped at him once. The once was enough for him to want to leave the cabin and he would have driven back into town if he had driven his own car. Only he hadn’t driven. He came up with Heather and so he couldn’t leave until Heather was ready to leave.

Buddy was stuck in the cabin. It soon turned out to be a good thing that he couldn’t leave because it forced him to talk to Whitney again and they finally discussed a few things. Whitney wanted to know why Buddy was acting like that. Buddy came to admit that he doesn’t really know why and that sometimes he hates himself so much that he thinks about suicide. Buddy was so used to beating himself up that he didn’t want to hear Whitney at first when she told him how much he’s improved. Whitney told Buddy that he used to be angry all the time and that now he was doing good because he wasn’t fighting as much and he had also made amends.

Buddy made amends to Heather. He apologized for the way he handled their relationship and that was a huge step for him. Buddy also apologized to Whitney for the way he’s been acting all weekend. He realizes now that he couldn’t be her first priority anymore because now that has to be Chase and so Buddy soon returns to his fun self. He was in a better mood after speaking with Whitney. He backed off on hating on Chase. He didn’t say anything as Whitney discussed more wedding plans and that was great because Whitney was super excited. She wants to get married in the mountains. She also wants it to be slightly cold outside.

It has to be cold outside else Whitney was going to sweat in her dress. She didn’t want to be a sweating mess on her wedding day and at the same time, she thought she would sweat just because she’s a big girl and she wanted to wear sleeves with her wedding dress. Whitney was still worried about Buddy’s sobriety. She kept things light with him because she didn’t want to see him as down on himself as earlier and so she encouraged Buddy to get along with Ryan. She watched as they laughed together. She also kept tabs on him once the weekend was over and she planned her wedding while she was at it as well.

Chase disagreed with her on the wedding. He wanted to get married in the summer with the hot sun beating down on them and Whitney knew she couldn’t get married in that sort of weather. It would bring about her worst fear. Whitney also had to talk to Chase about him moving. They were getting married and they needed to plan when they wanted to live together. Chase lived miles away. He thought he didn’t have to move until after the wedding and so he had no idea how much goes into wedding planning or how much Whitney was going to need him in the coming months. Whitney couldn’t plan a wedding by herself.

Whitney later spoke to her parents about it. They were concerned too. They thought the couple should move in together now because they were going to handling so much down the line and Whitney’s father even pulled out a map to show how far apart Whitney and Chase are. Whitney planned on visiting Wilmington the next weekend. Chase had invited her down because he wanted her to see the bar he was managing and he also thought they could have some alone time, but Whitney told her mom she was going down there, and her mom sort of invited herself along. Her mom was now coming with her to Wilmington. And Whitney didn’t run it past Chase.

Whitney got wrapped up in some other things. She decided to train with Jessica for a weightlifting competition and, at the last coemption, she had been weighed. She weighed herself again tonight. She weighs less now than she did before. It was a good sign and Whitney wanted to stay on that trajectory. Whitney’s whole life is where she is. Her gym is there and her parents are there. So, Whitney doesn’t know why Chase would later ask her to move in with him. Whitney doesn’t want to move to Wilmington. It was so far from her support base and it wasn’t a part of their plan. It was supposed to be Chase that’s moving.

Chase didn’t even ask her to move in with him in person. He left a card at his place and it had a key and it asked Whitney if she was willing to move in with him. She wasn’t. She was happy where she was and that’s the place she wants to hunker down if the coronavirus gets any closer to them.