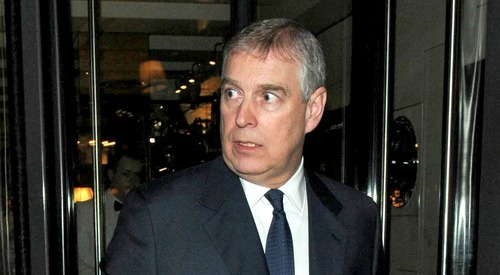 Queen Elizabeth has made a decision that will allow Prince Andrew to keep his bodyguards. This comes after the three bodyguards, who each reportedly make over $100,000 per year, were set to be let go amidst proposed cuts in taxpayer funding of Prince Andrew, Prince Edward, Princess Anne, and Sophie Wessex.

The three bodyguards were scheduled to be cut last Monday, but Queen Elizabeth is said to have asked her aides to reverse that decision. A source said: “The Queen has made it clear that she was not happy with the proposal. It has been stopped and will be reviewed over the next few weeks.”

The Home Office launched the cost-cutting review earlier in the year. Estimates to the total cost of royal security to the taxpayers have run as high as 100M per year. Yet the need for security for Prince Andrew could be at an all-time high, given the scandal over his friendship with Jeffrey Epstein, which has forced Andrew to step down from royal duties.

All of this comes after Prince Andrew and Sarah Ferguson recently put their luxury Swiss chalet up for sale for 18.3M, which appears to be the same amount they paid for the property six years ago. The seven-bedroom chalet has yet to draw any interest from buyers, according to the Mail on Sunday.

Prince Andrew and Sarah Ferguson are reportedly selling the chalet in order to repay a 6.7M debt to its former owner, Isabelle de Rouvre. Isabelle is suing Andrew and Sarah because they did not pay the final installment on the luxury chalet that was due by New Year’s Day.

Prince Andrew and Sarah Ferguson have suffered a major hit in their finances after Prince Andrew was forced to step down from Royal duties after the Jeffrey Epstein fiasco.

And given that Andrew likely needs to keep his bodyguards through the scandal, perhaps this is why Queen Elizabeth has stepped in to keep taxpayer funding for his protection service intact.

At any rate, it seems that Prince Andrew’s bodyguard service will continue through the review period, meaning taxpayers continue to foot the bill. Keep checking back with us here at CDL for all your latest British royals news and updates.