Prince Andrew To Be In the Royal Spotlight More Post-Megxit 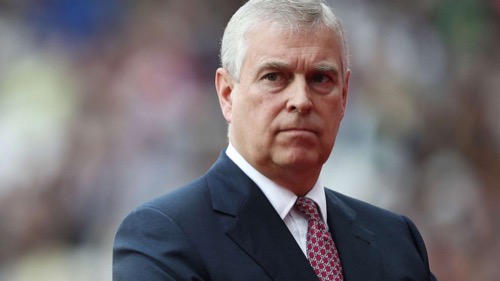 British Royal News suggests that we might be seeing much more of Prince Andrew and his two daughters, Princess Eugenie and Princess Beatrice in the coming months rather than Prince Harry and Meghan Markle. That’s because there are new reports that say Queen Elizabeth wants her son Andrew and his family to pick up the workload post-Megxit. Some royal fans, however, don’t think that’s a good idea. Here’s what you need to know.

British Royal News: Prince Andrew To Be In the Royal Spotlight More Post-Megxit – As many royal fans already know, both Prince Harry and Meghan Markle left a gaping hole in the royal family when they decided that they don’t want to be senior members of the monarchy anymore. This left Queen Elizabeth no choice but to let them go, as both Harry and Meghan have expressed their desire to be more financially independent.

However, there’s still a lot of work to be done when it comes to all of the royal engagements and the public appearances that the royals are expected to attend. But now that Harry and Meghan have settled down with their new life in Vancouver, Queen Elizabeth is hoping that her son Andrew and his two daughters Eugenie and Beatrice can pick up where the Duke and Duchess of Sussex left off.

But some people do not think that’s a good idea, mostly because Prince Andrew has been making negative headlines for his association with a very controversial figure. If that weren’t enough, Andrew also had what many people are calling a ‘car crash interview’ on BBC’s Nightline in which he denied all of the allegations that were made against him.

British Royal News: Is Queen Elizabeth Making A Huge Mistake? – Apparently, the Queen still thinks it’s a good idea to put her son in the spotlight, even though he’s already been ousted from Buckingham Palace. So far the palace has not made any comments about the ordeal, but it’s without a doubt that something is being done to rehabilitate his image. We will keep you updated with all of the latest information as it comes in.

In the meantime, don’t forget to come back right here for all the latest news and updates on Prince Harry, Meghan Markle and the rest of the British royal family.