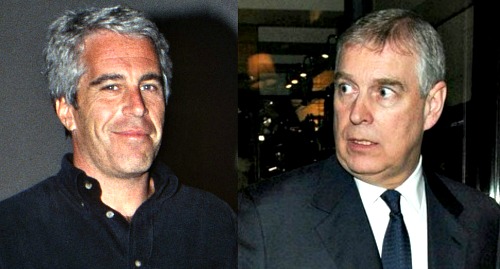 British royals news reveals that Prince Andrew apparently wants some special treatment when it comes to giving US officials his statement about his involvement with the now-deceased alleged sex trafficker Jeffrey Epstein. Epstein died in prison in 2019 after he was arrested on sex trafficking charges.

Well, as you might know, Prince Andrew stepped down from his royal duties because of his association with Epstein, and there are a lot of questions that US authorities have for Prince Andrew about what he knew about Epstein’s activities and trafficking of underaged girls.

Earlier this week, the US Department of Justice filed a request with the Home Office in the UK to get Prince Andrew to cooperate and be interviewed in the matter. But now The Sunday Times is reporting that Prince Andrew is unlikely to talk with the DOJ unless he’s offered “an olive branch.”

The DOJ said: “If Prince Andrew is, in fact, serious about cooperating with the ongoing federal investigation, our doors remain open, and we await word of when we should expect him.”

The simple matter is that if Prince Andrew was willing to be interviewed in the Epstein matter, then it would seem that he’d make himself available. Right now, each side seems to be saying that it can’t get cooperation from the other, and there’s an ongoing dispute over why an interview hasn’t taken place yet.

We’ll keep an eye on the story as things unfold, but we’d be surprised if Prince Andrew makes himself available for an interview anytime soon. Keep checking back with us here at CDL for more British royals news and updates.