Prince Harry ‘Lost’ and ‘Struggling’ In Los Angeles – Feels Like Meghan Markle Did While Living In The UK? 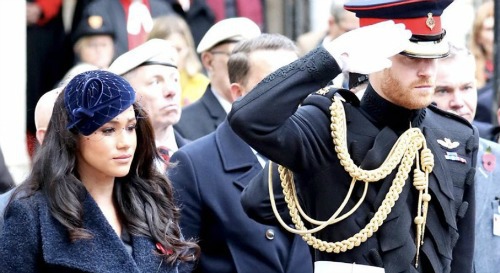 British royals news reveals that Prince Harry isn’t thriving in Los Angeles, and a lot of it surely has to do with the impact of the coronavirus situation on his current situation. As royal watchers know, Prince Harry and Meghan Markle stepped back from their roles as senior royals this past spring, and their intention was to split their time between North America and the UK. Harry and Meghan first landed in Canada, but soon moved to Los Angeles near the start of the coronavirus lockdown.

Prince Harry, Meghan Markle, and their one-year-old son Archie Harrison are now living in Tyler Perry’s mansion in Beverly Hills, where they’ve been spending their lockdown.

They’ve upgraded the security at the mansion and have dealt with issues such as drones buzzing around the property, ostensibly to get photos of the family as they try to live their life quietly. And for now, trips back to the UK just aren’t in the cards due to the lockdown.

Well, recently Royal Author Tom Quinn told the Daily Star that although Prince Harry “doesn’t hate” Los Angeles, he is “struggling to find his role in the US.”

That wouldn’t be too surprising under normal circumstances – after all, Prince Harry has lived his entire life in the UK as a royal, so a sudden move to another country would be a struggle. But Harry’s got the added complication of the coronavirus lockdown to deal with, too, so it’s got to be hard to feel at all settled into the city.

Quinn suggests that Harry may have thought that his life in Los Angeles would be very different and exciting, since getting “swept up in Meghan’s positive energy” has been a frequent occurrence and a “problem” in their relationship.

It could be the case that Harry is feeling a bit of a letdown from what Meghan promised – and again, that wouldn’t be too surprising given the lockdown situation currently in effect.

It’s Quinn’s opinion that Prince Harry is feeling “lost” living in Los Angeles right now, much like Meghan Markle felt when she lived in the UK. “It’s always been a problem,” Quinn said. “Meghan is a dynamo, she’s full of positive energy that would sweep Harry along but once the honeymoon is over, you still have to fill the days.”

It will be interesting to see what happens with Prince Harry and Meghan Markle once the situation in Los Angeles gets a bit closer to normal and the couple can move freely.

Clearly, they have a plan to emerge on the scene as top-dollar public speakers, since they recently signed on with the Harry Walker agency. Work might help with Harry’s doldrums, as will getting out and seeing the city and its people.

Perhaps once Harry and Meghan can get out and about a bit more and really start their new lives actively, Harry will be more into the LA scene. Be sure to check back here at CDL for more British royals news and updates – we’ve got you covered!