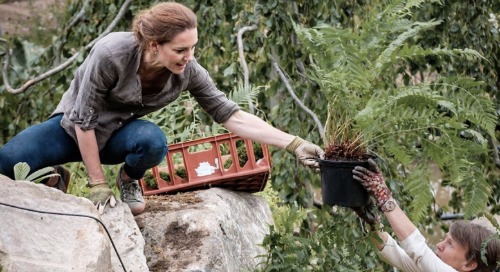 Prince William and Kate Middleton have recently come under fire for their spending of public money. Graham Smith, who’s the CEO of a group called Republic, has spoken out about an “outrageous” amount of money that Kate and William recently spent on a hedge to keep the public and the press from looking into their property. The 950-foot hedge reportedly cost £15,000.

Well, Smith says that £15,000 was an outrageous amount of cash to plop down on a hedge for privacy, and it’s his opinion that Prince William and Kate Middleton should simply accept the fact that they lived a very privileged life.

We should note that Republic regularly campaigns for the monarchy to be abolished, so Smith clearly has an agenda here. But he’s also got a point in that the spending of the royals can be lavish, as was apparently the case with the hedge.

Smith said: “If this is public money, this is an outrageous use of public money. £15,000 is more than people earn in a year. They ought to accept the fact they have a really privileged life and not keep spending public money.”

The Palace eventually did comment on the hedge spending, making a non-statement about how “from time to time adjustments are made to the landscaping and gardens, including hedging.”

Smith has also sharply criticized members of the royal family for their costly travel choices as well. He stated that the royals regularly spend money “in the tens of thousands” in their own homes or on private airplane and helicopter travel around the country when they could just use cars or trains to get around. Smith claims that the hedge incident is “typical of more of their spending.”

In addition to blasting Prince William and Kate Middleton over their spending, Smith has also sharply criticized statements made by Meghan Markle about how her royal wedding to Prince Harry created an economic boost for Britain.

Smith said that Prince Harry and Meghan Markle’s wedding was simply a net loss for UK taxpayers, costing entirely more than it ever brought in via tourism.

At any rate, whether it’s a pricey hedge, a royal wedding, travel costs, home upgrades, or other spending, it seems that there will always be a difference of opinion on whether it’s really too lavish, as Smith claims.

Do you think that royal spending is out of control? Be sure to check back here at CDL for more British royals news and updates.