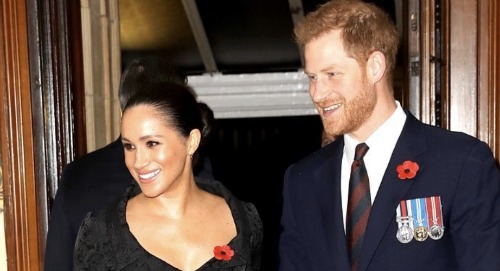 Prince Harry and Meghan Markle have officially postponed the launch of the Archewell Foundation until 2021. Previously, Harry and Meghan were expected to launch the nonprofit organization this past spring; however, it’s now clear that there will be no Archewell projects until next year.

Prince Harry and Meghan Markle moved from the UK, having relinquished their Sussex Royal brand. Harry and Meghan were anticipating launching Archewell and getting its charitable works off the ground and running, but they ran into a problem…the coronavirus pandemic.

Harry and Meghan apparently still plan to have a similar focus with respect to Archewell that they had under Sussex Royal in the UK. Harry and Meghan plan to focus on issues involving gender inequality and mental health issues in young people, among other things, and they also want to adapt what they’re doing to the current times.

According to The Telegraph, a source has said: “What’s absolutely clear is that they want to get it right and there’s no point in rushing. They are settling into a new life, a new era. This is about getting it right and making sure they are able to make the difference they want to make.”

Archewell’s trademark application was filed recently, on March 3rd, and Archewell LLC and Archewell, Inc have been filed as corporations in Delaware. But while things are underway to get the foundation formally set up, it looks like formal activities and projects won’t be on the books for the rest of 2020.

As for what Prince Harry and Meghan Markle will be focusing on in the near future and for the remainder of the year, look for them to focus their energies on the effects of the coronavirus/COVID-19 on the population, as well as the issue of racial inequality.

Said a source: “They are always going to want to respond to the issues of the day that are meaningful to them ad where they think they can make a difference.”

At any rate, fans of Prince Harry and Meghan Markle will have to wait a bit longer for the Archewell Foundation to get up and running, and for the couple to use the platform for their charitable endeavors. Be sure to check back here at CDL for more British royals news and updates.