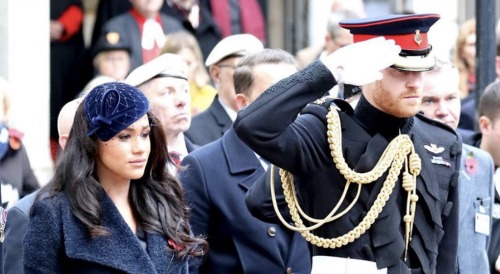 British royals news reveals that a new biography written about Prince Harry and Meghan Markle could completely destroy their relations with the Royal Family. The book is titled “Finding Freedom: Harry, Meghan, and the Making of a Modern Royal Family” and is authored by royal watchers Omid Scobie and Carolyn Durand.

The biography details the aftermath of Prince Harry and Meghan Markle’s announcement that they planned to step back from their senior royal duties back in January of this year. The authors say that the book, which is due for release on August 11, has been written “with the participation of those closest to the couple.”

Other sources told the Daily Mail that Prince Harry and Meghan Markle were initially worried when they heard about plans for the book, and that they instructed their staff to talk with the authors and find out what was going to be in the book.

There are rumblings that Harry and Meghan may have then contributed to the book, although an official statement put out by the couple says otherwise.

The outlet also reports that the biography, will “lay bare the pressure cooker of anger and resentment the couple felt as working royals.” As royal watchers know, legal documents filed in the case in which Meghan Markle is suing Associated Newspapers stated directly that Meghan felt unsupported by the institution of the monarchy, and there is speculation that the biography will delve further into that general theme.

Another source said that “It’s going to be the gospel according to Meghan and Harry, so to speak. Everything that has happened in terms of Megxit will be seen through the prism of their take on events.”

And it seems that the palace is afraid that the book will ultimately ruin any chances of Prince Harry and Meghan Markle repairing their relationships with other members of the royal family. It’s been thought that Prince Harry and Prince William have just recently begun to heal the rift between them, and this book could set things back.

People Magazine reports that “Finding Freedom” will detail how Prince Harry and Meghan Markle were completely blindsided during their final royal engagement, the Commonwealth Service back in March of this year.

According to the biography, Harry and Meghan suddenly realized that they weren’t included in the procession of senior royals at the event. Things were apparently quite strained during the event between Prince William, Kate Middleton, Prince Harry, and Meghan Markle, who barely spoke.

We’ll see what happens when the entirely of the book is released and the effect that it ultimately has on the relationship between Prince Harry, Meghan Markle, and their fellow royals.

We suspect that it won’t make the situation any easier than it already is and as more excerpts from the book are published throughout this weekend, it seems that we’ll get better sense of how explosive the book may be. Be sure to check back here at CDL for more British royals news and updates.