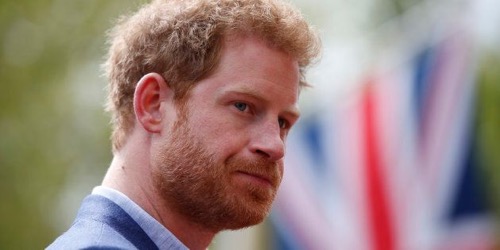 Since Prince Harry and Meghan Markle made the decision to leave the Royal family behind, they are always in the news and not always for the good.

Prince Harry recently made a post on Instagram to announce his collaboration with American singer-songwriter, Jon Bon Jovi for the upcoming Invictus Games. Harry tried to make the post amusing, but it backfired on the former royal.

Prince Harry makes a ‘tacky’ move – When making the video for the Instagram post, Harry made a tongue-in-cheek joke that he is “living on a prayer,” referring to Bon Jovi’s most famous hit song. He and Bon Jovi are arranging a meet up in London to discuss their Invictus Games collaboration.

Almost instantly, royalists took to Instagram to criticize Harry’s post, calling it yet another “tacky” move on Meghan’s husband’s part. One called the post “Phenomenally tacky. Unbelievable,” while another questioned why “Royal” is still in the name. This royalist continued by saying Harry isn’t allowed to use the title any more as his “Granny” had taken it from him.

Coming soon… #WeAreInvictus • *Disclaimer – this is not a real text conversation*

‘Living on a prayer?’ – One strong response came from another royalist, who commented “Living on a prayer?” and continuing by saying Prince Harry was actually living on millions of dollars of taxpayers’ money. Another asked why he was using the term royal after he had made the choice to abandon his royal life by abdicating.

Of course, Prince Harry has offended royalists on Instagram before using rock music. In January, following the announcement that he and Meghan were stepping away from their royal roles, he did something similar. In that post, Harry used the Stone Roses’ song, “This is the One” as background music for his video, which several people found offensive, as it seemed he was really excited to leave the royal family behind.

While many people believed Prince Harry’s marriage to the former Suits actress was a bad idea to start with, the royal couple did have a firm fan following, at least until they made the decision to leave the royal limelight. No doubt, criticism will follow Harry and Meghan, whatever they choose to do in their future lives.