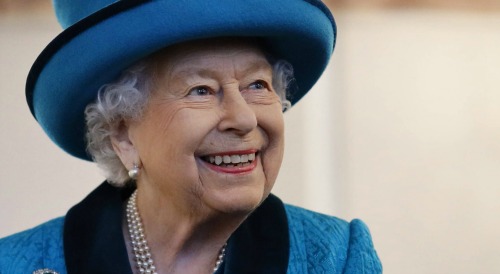 Queen Elizabeth of Great Britain may choose to cancel all public celebrations of her birthday this year due to the worldwide Coronavirus (Covid-19) pandemic. Fans of the royal family can expect to see Queen Elizabeth, who is ninety-three years old, self-isolating herself in the days to come. In fact, the British monarch has already left Buckingham Palace and is now taking up residence in Windsor Castle, which is forty-two kilometers (about 26 miles) from London.

Recently, Buckingham Palace divulged that Queen Elizabeth would leave London and head to the Berkshire royal residence. It’s telling that the Queen of the United Kingdom’s choice to do so comes at least a week earlier than normal.

Still, longtime followers of the British royal family know that Windsor Castle is Queen Elizabeth II’s favorite home. At least, as she waits for the Coronavirus outbreak to dwindle she will be comfortable.

Of course, that is not to say that she will be ‘living it up” (as much as a ninety-three year old woman might be expected to “party on”) in her isolation. The truth is, like everyone else, royal and commoner alike; Queen Elizabeth will be taking appropriate cautions.

In fact, she will be running Windsor Castle with a reduced staff. Everyone can expect that the Queen of the United Kingdom will be heeding British Prime Minister Boris Johnson’s directive to avoid all non-essential contact and travel. This is despite the fact that many see these restrictions as draconian in nature, and are the most far reaching in modern memory.

Sadly, due to the viral outbreak and the need for self-isolation, Queen Elizabeth may have to cancel all celebrations of her upcoming birthday. That has to hurt. After all, not many monarchs (let alone people in general) live to the ripe old age of ninety-four. Moreover, many don’t retain all their mental faculties.

Yet, the Queen of the entire U.K. and commonwealth realms appears to be just as lucid as ever! However, the fact of the matter is that the risk of severe symptoms that could lead to death are much higher for individuals over the age of seventy.

Fans of Elizabeth can certainly understand then, the reasons why the queen who happens to be the country’s longest reigning sovereign, may choose to go into her ninety-fourth birthday with a simple cake, candle and a sad little, “Happy Birthday to Me” song on her lips.

Many others besides the Queen are likely to be affected by the presence of Covid-19 in days to come, and followers of the British royals know that despite what’s written above, Elizabeth II is not one for self-pity.

Others likely to follow Queen Elizabeth’s lead are those, who like the monarch, are over the age of seventy. These include royal family members The Prince of Wales, The Duchess of Cornwall, The Duke of Gloucester, The Duke of Kent, and Princess Alexandra.

The future for the entire planet is uncertain as dealing with the Coronavirus outbreak is uncharted territory. Fans of the royals can be certain that in such precarious times, the Queen of the United Kingdom will do her best to lead by example.