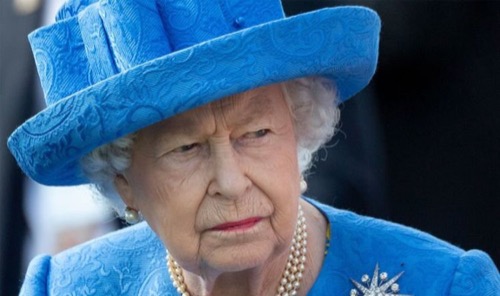 Camilla Parker-Bowles was in love with Prince Charles, even after they both married other people. Although they tried to be discreet, secrets have a way of coming out. For the Royal Family, the infidelity bombshell went public during an interview with Princess Diana. Afterward, Queen Elizabeth sent a “strongly worded letter” to Diana urging her to get a divorce, according to a former butler.

Princess Diana Exposes Affair – Paul Burrell served as Princess Diana’s butler and since her death, he has made a lot of claims about the Royal Family. In particular, secrets and shockers regarding the Prince and Princess of Wales. One claim he makes has to do with a revealing interview in which Diana confirmed marital trouble. She said it felt like there were three people in her marriage. Of course, the extra person was none other than Camilla.

Queen Elizabeth’s Letter – The Royal Family tries to avoid scandal and controversy. Princess Diana was typically pretty good at following the rules. However, the affair bombshell would get strong reactions from the public, as well as Queen Elizabeth. She reportedly sent a “strongly worded letter” to Diana urging her to file for divorce.

Despite Diana knowing about Charles and Camilla prior to her wedding, she didn’t want to permanently end her marriage. She just wanted a separation, The Sun reported.

Prince Charles and Camilla Parker-Bowles Are Now Part Of The ‘Fab Four’ https://t.co/AIyCdALBLi

“I have consulted with the Archbishop of Canterbury also with the prime minister and, of course, with Charles, and we have decided that the best course for you is divorce.”

The butler recalls Diana being outraged and in disbelief over the letter.

Prince Charles’ Divorce – Mere days after Queen Elizabeth’s letter, the palace announced Charles and Diana would be getting a divorce. Their separation began in 1992 and their legal marital bind was broken in 1996.

The terms of the divorce left Diana with a lump sum of £17 million, as well as £350,000 a year for costs associated with her private office. She was permitted to keep the Kensington Palace apartment. Charles and Diana would share custody of their two sons, Prince William and Prince Harry.

Loving Camilla Parker-Bowles – The public was shocked by the affair bombshell and divorce announcement. What people didn’t realize at the time was Camilla wasn’t new to Charles’ circle. The pair met in the early 70s and planned on getting married. However, Camilla was determined not to be a good fit and was rejected as a royal bride.

Although they went their separate ways and married other people, Charles and Camilla’s paths would cross again. Their feelings for each other never went away.

Trying To Avoid a Royal Scandal – There are claims that Queen Elizabeth would help them see each other in secret. However, this had nothing to do with approval or a change of heart. The reason was to avoid a scandal. However, everyone would soon find out when Princess Diana exposed the affair to the world. It is suggested that the Queen was not happy about it, which prompted the “strongly worded letter.”

It’s understandable why Diana delivered the truth bomb. On the other hand, it shows what happens when lovers are torn apart.