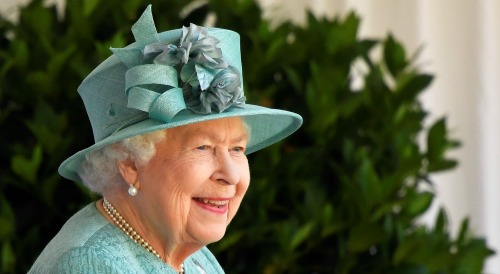 Queen Elizabeth’s annual birthday celebration, the Trooping the Colour event, occurred on Saturday, June 13th in a scaled-back ceremony. It was Queen Elizabeth’s first in-person engagement since the start of the coronavirus lockdown, and she stood to watch the event without other members of the Royal Family present. The event was in honor of the Queen’s 94th birthday.

So, what about the other members of the Royal Family? When will they be back in action and making in-person visits and appearances? Well, it appears that Prince Charles and Camilla Parker-Bowles will be in London next week to make their first face-to-face engagement since the lockdown began in March.

Prince Charles and Camilla Parker-Bowles are scheduled to welcome the French President, Emmanuel Macron, to Clarence House. Together, Charles, Camilla, and Emmanuel Macron will commemorate the 80th anniversary of General de Gaulle’s “Appel” to the French people to resist the occupation of France by Germany during World War II.

According to sources, the Royal Family is currently in the process of evaluating how they will start to make public appearances and get back out into the world as safely as possible.

We should note that the family has been making its appearances for the past couple of months via video call, with even Queen Elizabeth engaging in her first video call this past week.

Prince William, Kate Middleton and their three children have been quarantined in their Sandringham estate in Norfolk, and they are reportedly considering how to transition their work from video calls toward in-person appearances.

Of course, part of the issue is that a Royal appearance necessarily draws large crowds, which are still banned in the UK.

As as for Queen Elizabeth, she remains in a high-risk group for COVID-19, so she will likely be among the last of the Royal Family to start making regular in-person appearances again. In other words, today’s Trooping of the Colour appearance doesn’t appear to be the beginning of regular on-going public appearances by the Queen.

At any rate, it is good to hear that the Royal Family is starting to make preparations for their post-lockdown appearances. The public will be glad to have them back in the spotlight! Be sure to keep CDL bookmarked for all your latest British royals news and updates. We’ve got you covered!