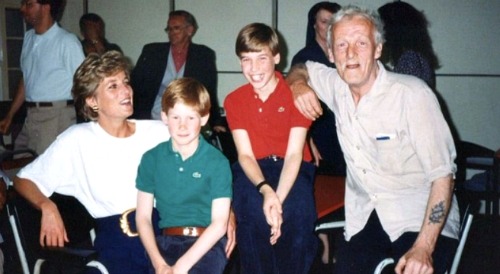 British royals news reveals that the author of an upcoming book about Prince Harry and Prince William found himself “astonished” and “moved to tears” by the rift between the brothers. Prince Harry and Price William have apparently had a tumultuous relationship over the years, although they now seem to be on more solid footing as brothers than they have been in the past.

In his book that will be out in October 2020 called “Battler of Brothers: William and Harry – the Friendship and the Feuds,” biographer Robert Lacey addresses “the unique and complex relationship at the heart of the royal family’s recent woes,” according to a recent press release.

The book will reportedly put Prince William and Prince Harry’s relationship into historical context as the “heir” and the “spare.”

The book promises to reveal the reality of William and Harry’s relationship, including how they were raised for very different futures and demonstrating how they were each damaged as their parents battled each other and ultimately divorced.

Lacey has said that the rift between Prince William and Prince Harry has been quite a crisis for the royal family over the years, but that Queen Elizabeth has “handled the crisis superbly – you might not even guess there is a crisis at all from her calm and stoic manner.”

Lacey says that the main issue between Prince William and Prince Harry is due to their personalities, but that their issues have been made worse by the manner in which the British monarchy works. Lacey clams that conflicts between “heir” and “spare” have always been seen among generations of the royal family, but “nothing so profound as this.”

Lacey also thinks that it’s unclear whether William amd Harry will ever be as close as they once were, and if their relationship can be restored fully, then Queen Elizabeth “will quite surely play a crucial role.”

But in recent weeks, the brothers are reportedly talking, with William even offering some advice to Harry in light of some of the difficulties he’s had with security in Los Angeles.

For the moment, it seems that Prince William and Prince Harry are getting along from afar, as they live their lives in remarkably separate worlds. Keep up with all CDL’s British royals news and updates so you don’t miss a thing!