British royals news reveals that Prince William should have a great weekend, as Sunday, June 21st is a very special day for him. Not only is Sunday Father’s Day, which should be a fun day for the father of three, but it also marks Prince William’s 38th birthday. It’s expected that William will spend the holiday/birthday with Kate Middleton, Prince George (6), Princess Charlotte (5), and Prince Louis (2).

Prince William and Kate Middleton and their children have been self-isolating at Anmer Hall in Norfolk since the lockdown began. It has been reported that William will not be seeing his father, Prince Charles, this year on his birthday due to safety protocols in place due to the quarantine.

On Saturday, June 20th, the @KensingtonRoyal Instagram feed featured a candid family photo of Prince William with his children. In the photo, William is sitting on a swing, with the children surrounding him. It’s a happy photo, with everyone smiling big and clearly enjoying themselves. 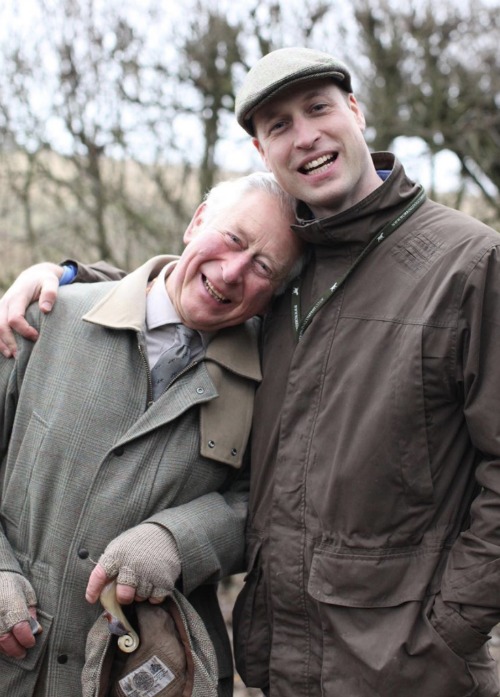 The caption for the photo reads: “The Duke and Duchess of Cambridge are very pleased to share a new picture of The Duke with Prince George, Princess Charlotte, and Prince Louis ahead of The Duke’s birthday tomorrow. The picture was taken earlier this month by The Duchess.”

The photo has garnered over 1.2M views as of this writing, and plenty of people have responded in the comments to the beautiful photo. One person said: “Awww!!! Such a beautiful photo. And happy birthday to Duke!! Lots of sweet cake filled wishes.”

And someone else commented: “Happy Birthday & Happy Father’s Day, William! Such beautiful, happy photos.” Finally, someone replied by saying: “Wow, amazing! What you have there, right there, is just wonderful. Forget titles & palaces, family is what it’s about.”

The day is sure to be a memorable one for Prince William, even though he’d probably prefer to include Prince Charles and Prince Harry in the celebration as well, although neither will be possible this year. Be sure to check back here at CDL for more British royals news and updates.

The Duke and Duchess of Cambridge are very pleased to share a new picture of The Duke with Prince George, Princess Charlotte and Prince Louis ahead of The Duke’s birthday tomorrow. The picture was taken earlier this month by The Duchess.