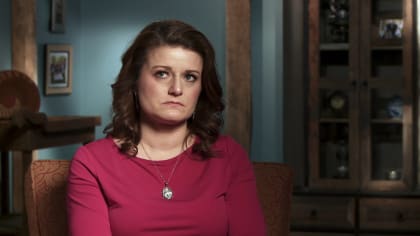 Meri had to move back to Las Vegas. She lost her first home when the neighbors chased her away and so six weeks later she’s finally returning to Arizona. She thought she was ready to join the rest of her family. She didn’t realize how hard it was going to be to leave again until the day she was packing up. It was that final time and knowing it was the final time that hit her. Meri had cried when she left. She was going to miss Vegas and she was going to miss how she felt being there. Meri liked living away from the family.

She said it all comes back to her relationship with Kody. The two of them were working on their marriage and it used to be hard on Meri to watch be happy with his other wives. She couldn’t stop herself from comparing what she had with him to what the other wives shared with him. Only Meri was still going to be having a break from it all. Her new house wasn’t near the other wives. It wasn’t like a five-minute drive and so Meri didn’t have to watch Kody be happy with someone else. She could now work on her marriage.

Also, moving had been great for her. Meri’s new house was amazing and she loved it. It was rustic and huge. She also loved showing it off. Her house has an elevator and it also has a water feature. Kody mainly liked the house because it had two masters on different levels. He said he wished they had a house like that when they were younger back when they were all living together. Meri’s house was great and everyone loved it. The only downside was her driveway. Her driveway was difficult to manage. Kody had had a hard time getting the moving truck up that driveway and so there were a few laughs about it.

The family also couldn’t carry everything inside at once. They sort of delivered a few of her things and that inconvenienced Meri because she was left without a bed. She had to sleep on an air mattress. She was sleeping for a while when she finally brought up to the rest of the family that she needed her bed and so that’s when they decided to do something about it. They also turned her moving in into a party. They hadn’t wanted to help back when it was tiring and yet they wanted to help when they could turn into something fun.

Meri ended up saying their love was conditional. She didn’t think they would have helped them if they weren’t something in for them and so Meri also put her guard up. She tends to do that. She doesn’t understand that her sister wives couldn’t help her. They all had things to do and Meri’s house was too big even for them to navigate. Its why Janelle hired a guy to finish unpacking her stuff. She tried relying on Kody and he ran out of hours in the day. And so Janelle did the sensible thing.

Janelle tried to offer the moving guy’s number to Meri. But Meri didn’t want to hire anyone because she thought the family would help and at the same time she’s never called one of her stepdaughters. They offered to help her move. They weren’t the guys and apparently that’s all Meri wanted. Meri sometimes made things extra hard on herself. She was doing that again with her Sister wives and this time was different because out of nowhere she said if they had concerns that they should bring it up.

At the time, the wives were all saying how they hated living away from each other. They hated feeling isolated and they hated how it cut into their relationship with Kody. Kody was spread very thin. He did, however, enjoy the long drive to each house because he said he could drop the baggage from the last marriage and so he was probably the only one happy. Meri on the other hand sometimes went out of her way to be unhappy. She did miss out on opportunities because she never took anyone upon them.

Meri also makes awkward comments. She lets them know that she’s struggling and that she needs time on her own, but then she wonders why they aren’t pushing her to join and they never question or offer push back because most of the time they didn’t know what to say. They didn’t know what to say when she told them they should say something. They chose to remain silent and so they weren’t really in a position to live together again. Kody seems to think they could live together again and yet his wives have told him in the past that they never wanted together again.

Not that it stopped Kody. Kody created plans for a giant family house and these plans were thorough. He really went above board with this. He even has a 3D rendering done and so he wasn’t letting this idea go anytime soon.