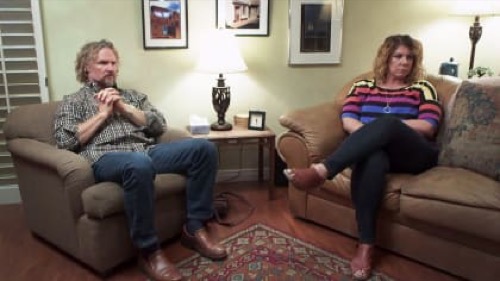 Kody and Robyn are at wits’ end over their struggle to close on her house. Then, Kody and Meri head to their therapist in Vegas, where the brutal truth comes out.”

Madison’s baby is coming. Janelle, Kody, and Christine came to North Carolina to be with her as she delivers and the three of them managed to make it there to time. They arrived right as Madison was halfway there. She just needed the baby to turn and drop. She later felt a shift. She thought that meant the baby was in the optimal position and so she called the midwife. The midwife checked her. She said the baby could still shift a little more and so everyone was waiting on this baby. They were waiting for her to turn to the best position. They were also waiting for the baby to come out and introduce herself.

The baby was being stubborn. Madison and Caleb actually went back home to have dinner with their family. They all got to talking. They even mentioned Ysabel. Ysabel suggested moving to North Carolina at one point because she told her mother that she couldn’t live without her nephew Axel. Axel’s mother Madison and her husband had also told Ysabel that she could live with them if she wanted to and she was thinking about it. If not moving out there at sixteen, she was also considering going to North Carolina for college. There was a good school nearby and Ysabel could always go there.

Kody hadn’t liked the idea of his daughter moving so far away. He wanted his kids to stay nearby and possibly going to college near Flagstaff. Flagstaff is where the family is. Kody wished his kids would stay close because he felt like he could protect them that way and yet there were some struggles with living in Flagstaff. Flagstaff wasn’t all that welcoming to plural families. Robyn was buying a house because she couldn’t rent anymore and she kept hitting roadblocks. She had to provide everyone’s financials. She had to bring in Janelle’s, Meri’s, and Christine’s financials in all that she did because they were a plural family.

Plural families don’t work in the financial world of mortgages. Robyn has been struggling with buying a house. She thought she would have moved into one by now and the fact she didn’t mean all of her stuff was still on loading trucks. It also meant the family had to keep paying on four rental trucks. It was creating a financial burden and the family didn’t know how to get out of it. Kody didn’t know how to get out of it. Kody blames himself for planning things better and he made sure to tell his wife that he didn’t blame her for what happened. Kody was very considerate of Robyn’s feelings. He always tried to be on the same page as her.

Robyn felt that God had plans for her and where she’ll be settling. She’s still looking for rentals because she wanted to have a safety net and so Kody was very supportive. Kody also took the time to go see the family therapist Nancy with Meri. Meri and Kody’s relationship was still on the rocks. She wanted to go deeper and he felt they only could do so in Nancy’s company. Nancy was the buffer. She had this heavy file on the couple. She told them it’s her largest file there and so Meri wasn’t sure if she should take that as a good sign or not. She said the heavy file could mean there’s no hope for them.

He felt the need to help or fill up the love tank. He said it sometimes left him feeling depleted and that he almost felt deceived even. He and Meri had a very fast courtship. They didn’t really know each other when they got married and he felt she became a different person once they did get married. He said it left him feeling bitter. He explained to Nancy how he was just done with the marriage at one point. He had washed his hands of it and so to come back from that had been hard on him. He said he wished Meri would work on herself. She, in turn, told him to tell her what specifically she needed to work on.

She wanted to hear him say it because she wasn’t sure what she was doing was wrong. Meri wanted Kody to be open with her. She heard him say she would often go into victim mode and she didn’t like that word. She said she would call it defensiveness. She knows she’s put her walls up and she trying to stop. She wants to be open with Kody. She wants to have positive interactions with him and so Nancy was doing her best to show them how to go about doing so. Nancy had them filling out their paper about behaviors. She wanted them to work on their behaviors with each other and help them turn a negative into a positive.

Nancy found them both to be very controlling. She thought they could bond over the similarities in their character and so hopefully they’ll take what she said to heart.