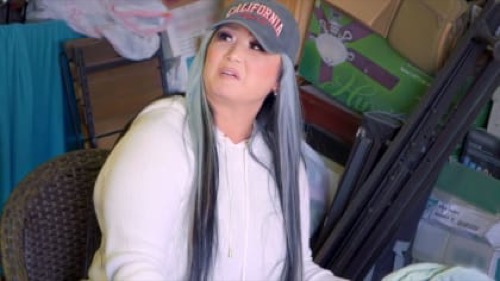 Tonight the TLC  series a fresh twist on family sMothered airs with an all-new Sunday, June 21, 2020, season 2 episode 5 and we have your sMothered recap below. In tonight’s sMothered season 2 episode 5 titled, “The Truth Hurts” as per the TLC synopsis, “Sunhe and Angelica help Jason sort his ex’s belongings.

Carly discovers that Cristina and her family are moving in. Laurie and Sarah share an appreciation for Sarah’s baby teeth. Mary makes dinner with Brittani uncomfortable when she invites Frank.”

Mary is in bed with Brittani, she shows her mom a body massager that she bought, the two are laughing. Brittani tells her mom that she loved her party. Her mother tells her that she looked beautiful. Mary wants to make Brittani happy, but on the other hand, she wants to give Frank a chance and she wants the two to get along. Mary tells Brittani she is taking her to a steak house for a nice dinner.

Angelica is washing Sunhe’s back. Sunhe is not completely comfortable with Jason, she doesn’t like that his ex’s belongings are still in his home. At Jason’s house, he is sorting through his girlfriend’s things to get rid of them, and he has invited Angelica over to show her that he is serious. Angelica hopes this will finally convince her mother to sign the witness papers. Sunhe is with Angelica, Jason is not happy about it, he wanted to do this with Angelica. Angelica and Sunhe are upset that his ex gave him a list because it is a really long one.

Angelica tells him that he is way too nice. Angelica gives in, Sunhe says she won’t have anything to do with it. Sunhe thinks the items look like trash, if she wants them, she should bring herself over there and go through it herself. Sunhe tells her daughter that she is putting up with a lot to be with Jason. There is something Jason hasn’t told Sunhe and Angelica, but he doesn’t want to tell them before he gets rid of his ex’s things.

Kathy shows Christina around the house, where certain items are kept while they are living there. Carly walks in and finds out that Christina and her family are moving in for the remodel, she asks her why she can’t stay somewhere else. Carly can’t believe it, she looks really upset. Kathy says they are both her daughters and she doesn’t need permission from anyone. Carly tells Christina that she is always in her business and now it is going to be worse. Christina and Carly get a little loud, Christina’s little daughter tells them to calm down.

Carly tells Christina that her mother is worse when she is around. Carly says she is so mad. Kathy tells Carly that they are all a package. The reason why Carly is being so harsh is that she has a boyfriend and they don’t know about it. She doesn’t want them putting pressure on the relationship because she knows her boyfriend will run.

Angelica, Sunhe, and Jason have finished sorting out his ex’s possessions. Jason tells Angelica that he did this for her. Angelica gets emotional and asks Jason if he realizes that she just went through his ex’s things so he could send them to her. Jason says he has some good news, he took his ex off his phone plan, it’s done. The bank is also taken care of, it’s gone. Sunhe says he surprised the crap out of her. Jason tells them that he also took care of his divorce, he is officially divorced.

Sarah calls her mom Laurie to say good morning. Miguel already left for work. Sarah doesn’t like that her mom was in the middle during date night, but she doesn’t say anything to her. Sarah heads over to her mom’s house, Laurie shows her all her baby teeth, she kept them all and they are in her drawer beside her bed so she can look at them anytime she wants. Sarah feels special, that her mother has a deep appreciation for her. Laura knows that Sarah feels Miguel is the right guy, she just wants to be sure that he is in fact the right guy.

Brittani and Mary are at dinner, Frank shows up, Brittani asks why he is there. Mary says she is sorry, she invited him because she wanted them to get closer. Brittani is upset, Mary says she is tired of being in the middle. Brittani says that she is literally shaking, this is level before she actually loses it. Brittani tells Frank that she has two sides, the sweetheart and the bitch. Mary asks them what they like about each other. Brittani says she doesn’t like liars and she just wants honestly. Mary asks them to at least be civil to one another. Brittani asks Frank to explain the strip club. He says he doesn’t want to touch this one.

Frank says he was celebrating because he was getting married, he had seven tequila shots, he didn’t intentionally touch this girl. He did not commit intercourse, he just touched. Frank says that either way it was wrong to be there. Brittani thinks it is wrong because he hurt her mom. Brittani tells Frank that what he did is cheating. Frank says he is not perfect, he made mistakes, he has learned and wants to do better. Mary gets up, she tells them that she doesn’t feel good. Brittani says that she is done eating, she gets up and follows her mom to the bathroom. When they are alone, Brittani tells her mom that she doesn’t like her to be hurt. Mary says all the fighting is making her sick. Brittani leaves the restaurant, Mary goes back to the table and tells Frank that Brittani needs her, she is going to leave to.

Jason shows Sunhe and Angelica his official decree, he is divorced. Sunhe is surprised that Jason went around her to get his divorce, and she is not happy about it. Jason says he did it for Angelica. Jason asks Sunhe if he can have her blessing to get engaged to Angelica. Sunhe tells him that it only took two years for him to get rid of his ex., how long will the engagement be. Jason puts her promise ring on her engagement finger, she says it doesn’t feel right because it is a promise ring. Sunhe says she needs to see his consistency, with that trust builds. She looks Jason in the eye and tells him that she is still watching him.