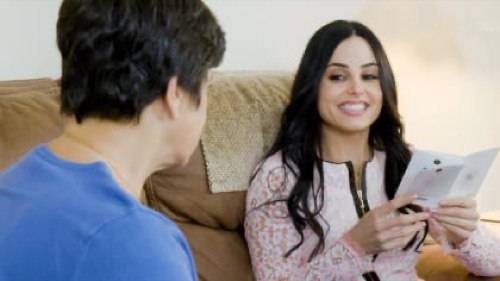 Tonight the TLC  series a fresh twist on family sMothered airs with an all-new Sunday, July 19, 2020, season 2 episode 9 and we have your sMothered recap below. In tonight’s sMothered season 2 episode 9 titled, “The Secret Is Out” as per the TLC synopsis, “Mary and Brittani get plastic surgery together. Cristina moves her family into Kathy’s house. Marcia encourages Alena to find love – and independence. Sarah finds a unique way to keep tabs on her mother.”

Brittani and Mary are having a shower together. Today is the day that Brittani is having her tummy-tuck. Mary hasn’t told Frank yet that Brittani is by-sexual, she doesn’t know how he is going to react to it. Frank tells Mary that it would have been good had they had surgery separately, so he could take care of them. Brittani thinks having surgery with her mom is like a step closer to each other. Frank is driving the two for surgery, but he plans on going to work afterward because he is really busy and doesn’t want his business to suffer. Mary and Brittani hold hands walking into the plastic surgeon.

Sarah is still at Laurie’s house, she is trying to encourage her mom to drink water. She knows that worrying about her mom so much she is putting a strain on her relationship with Miguel, but she can’t help worrying about her. Sue drops by, she is a close friend of Laurie. Sue has never seen a mother and daughter so close and thinks it is a little nuts. Sarah tells her mom that she wants to put a baby camera in her house so she can see if she is ok, just for emergencies so she doesn’t have to rush there next time. Sue thinks the baby monitor idea is absolutely ridiculous. Sarah orders it, she tells her mother that she will have peace of mind.

Alena and Marcia are talking about a dating site that they were looking like. Marcia is still struggling for Alena to be more independent. Alena has gone out on ten to fifteen dates and none of them have gone well. Music is very important to Alena and she would rather meet someone through music. The producer asks Alena if she is a virgin, she says no. Marcia is relieved that Alena had a one night stand, she hopes she can move forward and find someone she cares about. Alena says that if she finds a person that she clicks with they will have to be ok with her mom being so close to her. Marica wants Alena to have that space, get married, and have a life.

Sunhe has a doctor’s appointment, Angelica is with her. They both go into the doctor’s office and are told that there is no malignancy, no cancer, nothing abnormal. There is just an area where the glands have grown together, there is nothing to worry about. Sunhe is very happy that she is well, and now she feels like she can breathe again, the light is shining through.

Kathy, Carlo and the kids are moving into Christina’s house, Carlo is still annoyed about it. Carly is not happy about them moving in and her mom made matching PJs which is not getting her or Carlo excited. Kathy thinks Carlo is being a big baby about it. Carly tells Carlo that she told him that they shouldn’t move in there. There are jewels on the shirt, Carlo says he is not wearing them.

Christine goes upstairs and so does Carly. Carlo goes to work, Christina and Kathy do clay masks together and watch a movie. Carlo comes home and can’t believe that Christina is there. He says he just got home from work and he wants to go to bed, Christina asks him if he thinks she is never going to be there, he says that would be ideal. Carlo tells Christina that if she doesn’t get up, he is picking her up. When he approaches her, she gets up and goes upstairs.

Sarah is at home with Miguel, he gets home from work and hugs her. She pours him a glass of wine. She tells him that she got her mom and type of spycam, or baby camera so she can see her mom when she can’t reach her. She is happy because she has more control. She shows him the cam, he can see her mom on it and he thinks Sarah took another step into weirdness. Miguel doesn’t think it is normal and feels bad watching it. He tells her that it is crazy, she tells him it is being proactive. He says it is so weird and hopes it is not the rest of their night.

Brittani and Mary are done with surgery, Frank is there to pick them up. Brittani asks Frank not to make sharp turns for the love of God. They are finally home, Frank is very careful and cautious with Brittani, he helps her out of the car. He and Mary get her to the bed. Frank goes to pick up Chinese food, but a few minutes after he leaves he calls Mary and says there is a problem at the shop and he will send a delivery guy. Mary is not impressed.

Jason arrives with flowers for Sunhe, Angelica finds it incredibly sweet. Sunhe Facetimes Brett and tells him and Jason, at the same time, that her reports came negative for cancer, nothing to be concerned about. Brett says that he wishes he could be there. Jason is happy that Sunhe is ok, it is a big weight off his and Angelica’s shoulders, he hopes they can go on their cruise.

They talk about the cruise, Sunhe says they deserve to go, they deserve to be happy. Angelica is shocked that she said that. Angelica tells Sunhe that her reaction is a little different. Sunhe says that since her scare, she is grateful, life is short and at any moment it can be taken from you, enjoy life to the fullest. Angelica is excited, but she is a little sad, she has a little secret and her mom is the only one that knows. She is not sure when she will tell Jason, she is not sure if she wants to mess up their vacation, she doesn’t know how to tell him or when to tell him.