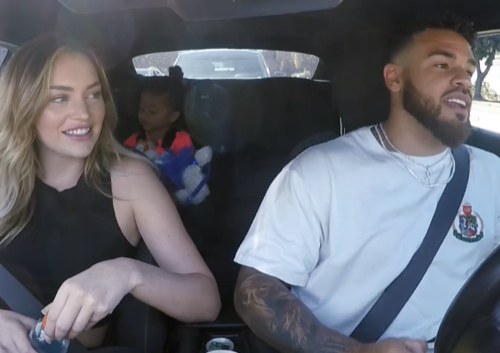 Tonight on MTV Teen Mom OG returns with an all-new Tuesday, April 21, 2020, episode and we have your Teen Mom recap below. On tonight’s Teen Mom Season 8 episode 18 as per the MTV synopsis, “Amber is shocked when home security footage leaks from the night she was arrested; Andrew decides to share his side of the story; Catelynn confronts her mom about the trauma she experienced when she placed Carly for adoption.”

Amber is back in the news for fighting with someone on YouTube. It appears Andrew has something to do with it. The media is attacking Amber and making her look bad. Later, Gary and his girlfriend talk about Amber’s troubles and how Andrew wants to be back on the show.

Catelynn talks to Tyler about how she wants to work on past traumas both her and her mother April endured with others and herself. She feels like it is time and since they are taking a trip it is a good time.

Mackenzie is at the gym, teaching. She is very happy with her new job. Later, she meets with her mom, sister, and friends to share how her job is going. They get to talking about her and Josh and how to make a marriage work. They all agree it takes a lot of work.

Ryan and his wife are excited to be at the doctor’s to see their baby on ultrasound. Meanwhile, Maci and her husband talk about how she would like to get involved in helping women be able to afford birth control.

Corey is with his girlfriend Taylor and his daughter Ryder. They head home. He shares that Taylor is 10 weeks pregnant and he is thrilled. He doesn’t know how to tell Cheyenne who wants a baby.

Catelynn and April head out on vacation. They arrive and take a swim. They are having fun and talking. Catelynn shares that she wants to deal with their past traumas.

Mackenzie arrives to see her mother who isn’t doing good health-wise. She talks about how hard her day was before talking about how she wants to see Mackenzie and Josh and be around for everyone.

Maci attends a meeting for her plan to help women with contraceptives and pregnancy. Meanwhile, Andrew meets with a producer to talk about his abuse, his current challenges and how he is taking it day by day and is just worried about James. He has been through a lot and hates that he is from a broken family.

Cheyenne meets with Corey. He tells her how Taylor is pregnant. She doesn’t appear to be happy and is actually shocked.

Mackenzie and Josh talk about their marriage and whether they want to renew their vows. She doesn’t seem to want to.

Maci and her husband head to a fundraising event. The cameras are not allowed inside. On the way home, she shares how she wants to be a board member.

At Cheyenne’s mom’s house, they all joke about Taylor having a baby. Meanwhile, Cory and Taylor share that they are pregnant and sit and read the comments. Some of the sweet comments make them both cry.

Catelynn and her mom are swimming with the dolphins. They talk more about their past and when Catelynn was pregnant. Things were tough and they went through a lot. They hug after.

At Amber’s rental, Gary arrives. They talk about the negative audio that was released. Amber also talks about how people have told her to kill herself. She has a lot of guilt about what was heard in them and how she acted.