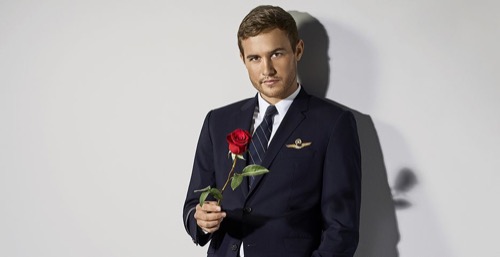 Will Peter invite Hannah to join the other women? Or will he continue on his new quest to find love? How will he face the nine women who were on the group date, anxiously awaiting his decision?”

We return to Peter and Hannah, they are still talking. He tells her that it is crazy that he still wants her. She says she did a lot of things that she was not proud of, and making a decision for her heart was very hard, she doesn’t know if she made the right decision. Hannah doesn’t know what to do now.

The other woman has been hanging out and hoping he is not throwing back shots with Hannah. Natasha would love to ask him how he feels about Hannah, she doesn’t understand how he could be spending time with her, her time is over.

Peter tells Hannah that he just wants someone who wants him as bad as he wants them. He says he is worried she is missing the what-ifs and not him. They hug, Peter is rubbing her back. Hannah leans in for a kiss, but Peter tells her that he can’t do this. They say goodbye. Peter wanted to kiss her, but he didn’t. He is trying to figure out what his heart wants and is scared if he should even be there right now. He is very confused.

Peter meets with the women, he tells them it is really awkward. Hannah was there, she was emotional, and they had a chat that they needed to have. He apologizes to them and doesn’t think they can continue with the group date because he is not in the headspace. He knows this is not fair to them, and would like to meet up later. He just needs some time alone. He says it is tough, what he had for her was really real, his heart was invested.

Sydney doesn’t feel confident, they all went there to be with Peter and if he is still going through these emotions Hannah, is he ready for this? Natasha is hoping to have time with Peter. Savannah doesn’t know if it ever is right for Peter.

Peter apologizes and says he wasn’t planning for the day to go how it did. He wants to put the day in the past and have fun this evening. Peter knows the women are mad and don’t trust him, a step back, but hopefully, they can all move on together.

Peter hopes he and the women can get past the day’s events and move on. The woman tries not to focus on Hannah’s stuff. The girls sit with Peter, one at a time and tell him that they want a deeper connection with him, but it is not fair that he figures out his feelings for Hannah at their expense. Peter knows that it was unfortunate, but just wants to move forward.

Sydney tells Peter she is from Alabama, but not a typical southern girl. She says she is strong but sometimes it hinders her from being vulnerable. He tells her that he feels good because she has cemented that he has some really great women there, they kiss.

McKenna is happy that Peter said that he is ready to take a step forward. Peter dances with her and they make out, he tells her that she is someone who wants him to forget the past. Sydney gets the rose.

The women are all gathered, Peter tells him that Hannah showed up at the group date and it was difficult. Importantly, it reminded him of what he wants, everlasting love. He cheers on the future and tells them to have fun.

Lexi is happy about what Peter said, she thinks it is telling of his character. She is a little upset that she hasn’t had a date, so she reminds Peter of when she arrived in a convertible.

Kelsey saved a bottle of champagne to share with Peter, she is a hopeless romantic. The bottle shows her heart and what she wants. McKenna takes Peter, and Kelsey gets upset and plans on telling McKenna to her face. Kelsey tells McKenna it is not cool that she took Peter’s time, McKenna says that she is sorry, she had something planned and wanted to do it quickly. Kelsey tells her she is pissed and doesn’t like her making excuses, and from the look on her face, she clearly doesn’t care.

Kelsey is sitting with some of the women and she hears a pop, her champagne was opened by Peter with another girl, they didn’t know it was Kelsey’s bottle. Kelsey starts crying her eyes out, Peter goes to look for her, but she says she doesn’t want to speak to him. Kelsey is still crying, having a full-blown tantrum. Kelsey confronts Peter, he takes her to the side. There is another bottle where they are sitting, Peter opens it up and pours some for them. She drinks from the bottle and then spits it all out over her face.

Hannah Ann is upset, she didn’t know that was Kelsey’s bottle, she is honest, but Kelsey won’t listen to her and just keeps swearing and calling her names. Hannah Ann really handles it well and maturely, Kelsey is nasty and might just get sent home. Some of the women are hoping Peter sees what a hot mess Kelsey is and sends her home.

The tension in the room, you could cut with a knife. Everyone has a glass of champagne, Peter asks for someone to make a toast, Kelsey says she should just keep her mouth shut. He looks to Hannah Ann and she makes a toast to finding your prince charming and finding love in the end.

There are 19 girls left and lots of tension. Tammy says the drama is insane.

A group date card arrives, it is for Alexa, Mykenna, Natasha, Deandra Lexi, Victoria F., Kelsey and Hannah Ann, “time to let your personality shine.” Peter has an exciting date planned for today, the girls enter a building and there is Revolve fashion merchandise everywhere and, Carson Kressley, Janice Dickenson, and the COO of Revolve. The women are going to be modeling in the Revolve fashion show. Carson says they want their personalities to come true. The winner wins everything in the Revolve closet, worth thousands of dollars and 40 shopping bags worth of stuff. They have one hour to when the fashion show starts. Peter is really excited to see the ladies show off their personalities.

Two girls stood out to the panel, they are Hannah Ann and Victoria F.. Time for the final walk-off, Hannah Ann certainly makes an impression with a double look around to the audience, and she wins. Victoria F. starts crying, she is so frustrated, she feels like Hannah Ann wins everything. Kelsey tries to console Victoria F., and in the end, Kelsey just gets fueled up.

Hannah Ann feels confident with Peter, but she is worried about Kelsey. Peter makes a toast to the women. Victoria F. had a hard time, she didn’t care about the clothes, she just wanted Peter to see him. Peter sits alone with Victoria F. and tells her he was very impressed with her walk. She says she sees him make connections with people who are so different from her. Peter tells her that when he is with her, he gives her all of him. He asks her how she did it today, she says she thought about him and just wanted him to see her. She starts crying and says it is so embarrassing. She says she feels like there are so many other girls there that grab his attention more than her. She tells him that it is very hard for her to be confident and outgoing. Peter tries to reassure her and takes her into a private place to talk, he tells her that he wants her to be there, he doesn’t want her going anywhere.

Peter sits down with Kelsey and a bottle of bottle champagne. Hannah Ann and MyKenna see the two, but it doesn’t phase them, they just support each other. Silently, MyKenna is upset the way Kelly spoke to her and trash-talked her in front of the other women.

Peter sits down with Mykenna, he tells her that she is gorgeous in a wedding dress, that is what she wore down the runway. Mykenna tells him that she didn’t sleep the night before because Kelsey tore her up calling her names and swearing at her; her spirit was crushed and she felt bullied. Peter says it is not ok with him, he feels a connection with her, and he is sorry that she felt bullied, he is not going to put up with that. Peter kisses her and tells her that he really likes her.

Peter sits down with all the women, he says he had good conversations that he enjoyed, he grabs the rose and gives it to someone who is really happy is there, he gives it to Victoria. Then Peter asks to speak to Kelsey.