The Bold and the Beautiful Spoilers: B&B Cast Joins Denise Richards On New Episode of RHOBH – Behind The Scenes Footage 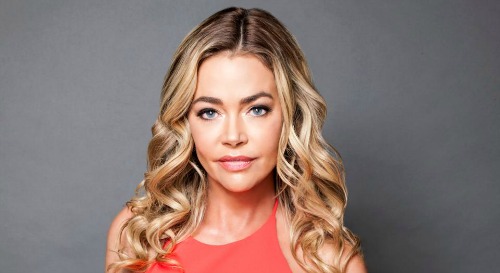 The Bold and the Beautiful spoilers document that Denise Richards’ (Shauna Fulton) fictional daytime life will blend into her nighttime reality world. Members of the cast of B&B will be seen in behind the scenes footage on the Real Housewives of Beverly Hills during its May 27 episode that will be aired on Bravo. The seventh episode in this series tenth season will premiere at 9 pm ET.

Entertainment fans know that Richards joined B&B’s cast and became a regular member of RHOBH’s ensemble last year. Her B&B character is involved in heavy drama in that fictional part of California. Fans of her nighttime work know that her real life persona is also involved in engaging storylines.

Bold And The Beautiful Spoilers – Santa Denise Is The Title

RHOBH’s newest episode is entitled Santa Denise, as this particular show focuses on Richards. The crossover to B&B offers fans of one show to sample the other, which aids the promotion of both.

The premise of RHOBH’s episode involves a trip to Santa Barbara, California, with Lisa Rinna confronting Richards about behavior history. Daytime fans know that Rinna played Billie Holliday Reed on Days of our Lives from 1992 through 2018.

Bold And The Beautiful Spoilers – Popularity Is Bankable

Richards pop culture prominence is one of the reasons why she’s enjoying success in Hollywood. Holding a regular contract on B&B is impressive all on its own, as this soap ranks with the most popular shows in this genre in the world.

The actor’s long entertainment resume made her a natural for for RHOBH. That, along with a noteworthy number of Instagram followers (one million, two hundred thousand and counting), allowed the cable reality series to tap into Richards’ existing fan base.

B&B and RHOBH incorporation of Richards into their casts makes business sense. Her public persona is linked to audience familiarity, which plays into the casting process.

Bold And The Beautiful Spoilers – Meanwhile Back In LA

Shauna fell hard for Ridge Forrester (Thorsten Kaye), but hasn’t wanted to start a relationship with him. She rightfully fears that he’ll return to Brooke Logan (Katherine Kelly Lang).

However, Shauna’s personal concerns will shift to her daughter whenever B&B is able to record and then air new episodes. Flo Fulton (Katrina Bowden) was knocked out in the last new episode that aired in late April. She’s likely to still be in danger whenever the fans see her and her mother again.