BY Sean O'Brien on May 26, 2020 | Comments: Leave Comments
Related : COVID-19 NEWS, Soap Opera, Spoiler, Television, The Bold and the Beautiful 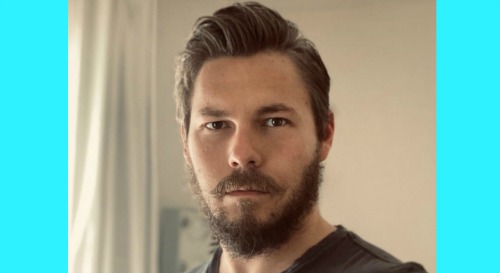 The Bold and the Beautiful spoilers tease that Scott Clifton (Liam Spencer) addressed the production shutdown that B&B has been on since mid March due to the COVID-19 virus pandemic response. As fans know, that’s resulted in the last new episodes of the show airing in late April, with classic episodes, organized as theme weeks, being shown since.

Clifton posted a photo of his quarantine facial hair growth with comments saying, “This is me documenting all the hair I‘ll have to chop off whenever I go back to work. I’m already devastated.”

California Governor, Gavin Newsom was expected to announce re-opening guidelines for the Film and Television industry earlier this week, but didn’t do so. Guidelines for churches, malls, and other entities were issued.

It’s believed that Los Angeles, which is where B&B’s sets are located, hasn’t made enough progress, as determined by public health officials in that state. That leaves the future of B&B’s return to work uncertain, with no projected return date known.

It’s unknown if it would be feasible to move production to another area of the state, or out of state, due to existing agreements with those who are connected to the show’s production. If such a scenario were possible, the practicality of building similar looking sets would seem impractical. Possibly location shoots would become the norm in that instance.

However, the potential of having virtual episodes should not be ruled out. Just as various types of shows have continued, with talent live streaming from their homes, so too could B&B attempt to have the actors play their characters remotely, meaning from their homes.

Bold And The Beautiful Spoilers – Challenge Of Virtual Episodes

Of course new scripts would need to be written if some form of virtual episodes are created. One option would be to write the virus into the script, with that somehow explaining why each character would be in a different location. That method would surely test believability though.

Alternatively, B&B could proceed as it had before the shutdown. Each character’s storyline would have to be adjusted, some to significant degrees, to produce some type of digestible storylines. Viewers interest in such an unusual presentation might dissipate after one episode, or a handful.

So, there appears to be no workable solution to current circumstances. As to when Clifton will be able to prep for a return to work therefore remains undetermined.

This is me documenting all the hair I‘ll have to chop off whenever I go back to work. I’m already devastated.