The Bold and the Beautiful Spoilers: Courtney Hope Returns As New Character On B&B – Sally Becomes Her Twin Sister? 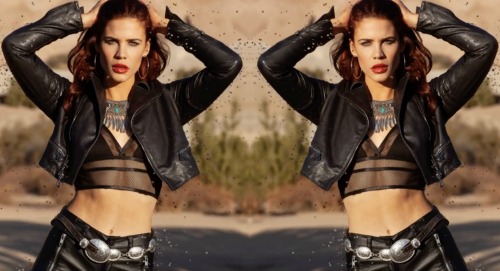 The Bold and the Beautiful spoilers tease that Courtney Hope’s (Sally Spectra) highly publicized exit could be establishing a cloaked comeback. Soap opera fans know that character’s backstories are often expanded. In this instance Hope recently announced that she’ll no longer be playing Sally, but that doesn’t rule out her return to B&B as someone else.

B&B viewers were told that Sally is part of the Spectra clan, which includes her sister Coco Spectra (Courtney Grosbeck). Little is known about the sister’s parents, as they were linked to their grandmother, Shirley Spectra (Patrika Darbo), and their legendary aunt, Sally Spectra I (Darlene Conley). That gaping hole offers plenty of creative room to fill.

Bold And The Beautiful Spoilers – Is Sally Really A Spectra?

Sally was assumed to be a Spectra. But is that true?

Any scenario where Hope returns as someone other than Sally would mean that her original character had an unknown twin sister, or an unrelated doppelganger is added to the cast list.

Pursuing the look-a-like path would surely create plenty of fan feedback, to put it mildly. So, the better angle, if this is how B&B plays it, would be to have Hope’s next character actually be Sally’s identical twin, or someone who claims to be that.

Bold And The Beautiful Spoilers – Sally Spectra Has Two Sisters

Sally never said anything about having more than one sister. So the appearance of a living twin would be a stunning revelation.

Since Hope’s character isn’t dying, she would presumably still be living somewhere outside of Los Angeles, California, and could return to town to confirm that the new person is actually her twin. Prior to that happening it’s reasonable to believe that many, if not all connected characters would question the claimed twin’s validity. They’d be assuming that Sally was simply playing another duplicitous game.

If B&B actually creates a real, unknown twin then Hope could return to the cast in the near future. This type of fresh start would begin after Hope appears in a dual role, confirming that the twin isn’t Sally in disguise.

Bold And The Beautiful Spoilers – Leaping Over A High Bar

In opposition to the suggested storyline in the last section, a different and much riskier arc would have Hope returning as Sally disguised as an identical twin. Her attempt to pull this ruse off would need to be masterful as she couldn’t replicate herself.

So, the fake twin would have to provide some concocted proof of Sally’s death, or somehow convince everyone that she wasn’t her known sister. In this effort the twin wouldn’t target Wyatt Spencer (Darin Brooks), or appear to have a history with anyone else in LA.

B&B could withhold the truth from the audience as well. Fans wouldn’t be told if the twin was Sally in disguise until the eventual big reveal.