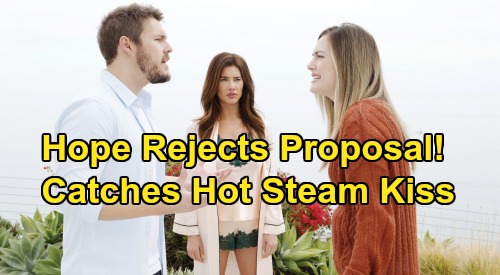 The Bold and the Beautiful (B&B) spoilers tease that Hope Logan (Annika Noelle) will have to make a huge decision about her future. B&B fans know Hope shares legal custody of Douglas Forrester (Henry Joseph Samiri) with Thomas Forrester (Matthew Atkinson). It’s made things complicated, but things are about to get even more complicated soon!

It seems Thomas’ dark speech made quite an impression on Liam. He taunted Liam about not putting a ring on it yet and suggested that Hope would always connected to him through Douglas. Thomas reminded Liam that if he did marry Hope, he’d be marrying into the “Thope” family.

Of course, that’s not the outcome Thomas truly wants. He’d much rather reunite with Hope and let Liam have Steffy Forrester (Jacqueline MacInnes Wood) – but only if Liam treats Steffy right.

If he doesn’t, Thomas would rather see Liam dead and buried. He’s got no use for his rival and basically thinks Liam should thank his lucky stars that Steffy even cares about him.

The Bold and the Beautiful spoilers say Thomas’ words will spark Liam’s proposal, which involves the stipulation that Hope can’t be Douglas’ legal mother anymore. Hope just won’t be sure she can agree to that.

Hope will naturally try to plead her case and convince Liam that they can still get married. Hope won’t want to give up shared custody, but she’ll still want to work something out here. 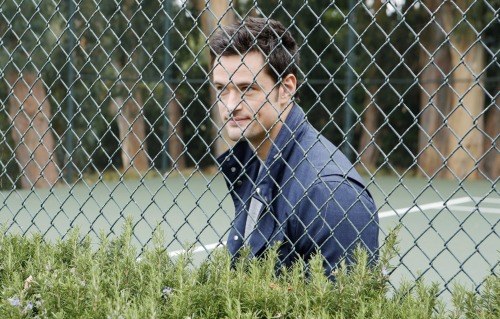 Liam just won’t be willing to keep battling it out with Thomas, so he’ll end up leaving in a huff. As B&B fans might expect, Liam will make his way over to see Steffy Forrester (Jacqueline MacInnes Wood) soon after. Thomas will somehow manipulate the situation and ensure that Hope spots Steffy locking lips with Liam.

This encounter will go down after Thomas learns about the proposal ultimatum. He’ll count on the steamy moment to fully convince Hope that she shouldn’t marry Liam. Thomas will think that between Liam’s outrageous demand and a kiss with Steffy, Hope won’t have any reason to wed.

The Bold and the Beautiful spoilers say Hope will indeed be crushed – first by Liam’s need to make conditions on marrying her and then by the “Steam” smooch.

After Hope mulls everything over, she’ll reach a decision that could cost her big time. Hope will make this choice while she’s distraught, which probably means she’ll firmly reject Liam’s proposal.

Will Hope dump Liam over this? Will she be pushed too far and decide to bow out of this relationship? Liam might be able to repair the damage, but it’s clear that “Lope” will be on shaky ground.