The Bold and the Beautiful Spoilers: Ronn Moss or Thorsten Kaye, Battle of the Ridge Forresters – Which Ridge Is Your Favorite? 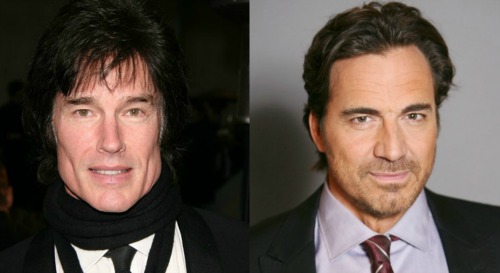 The Bold and the Beautiful (B&B) spoilers tease that Ridge Forrester’s (Thorsten Kaye) love life will continue to be filled with drama – just as it should be on a soap! Of course, Ridge will also have to deal with some family problems once Thomas Forrester (Matthew Atkinson) comes back on the scene. There’ll be trust issues for this father and son to work through in the months ahead.

Ridge will remain a key player on canvas as he has for decades, but we want to reflect on this character and his portrayers for a moment. Now’s a good time to have some fun and ask a question fans are sure to have some strong opinions on: Who’s your favorite Ridge? Do you prefer Ronn Moss or Thorsten Kaye in the role?

There are some excellent reasons to pick either option, so let’s mull this over this Ridge decision. Moss played the part from 1987 to 2012, so history’s on his side. Longtime B&B viewers may have a soft spot for Moss’ portrayal simply because he WAS Ridge in many fans’ eyes. Moss was a tough act to follow since he’d been in the role for so long.

Moss also had great onscreen chemistry with Katherine Kelly Lang (Brooke Forrester). They made Brooke and Ridge a couple to root for. Some fans feel like that “Bridge” magic has never been recaptured with Thorsten Kaye in the role.

Some have even gone as far as to say Kaye was miscast – mainly for that reason. The Brooke and Ridge romance is an important one on The Bold and the Beautiful, so there was kind of a failure in this department.

At the same time, Kaye has put his own spin on Ridge and has chemistry with plenty of other performers – not just romantic chem either. Kaye’s able to connect with the Forrester family and works well with this cast.

Kaye’s quite the soap hunk and brings a certain gravitas to the role. This is a grittier Ridge, but he manages to be believable as The Dressmaker.

Since coming on as a recast in 2013, Kaye took the character in a new direction and won many fans over in time. He’s a talented actor who rose to the challenge of filling Moss’ shoes. When you consider all that, who’s your top Ridge? Do you still miss Ronn Moss or is Thorsten Kaye your favorite now? It’s the battle of the Ridge Forresters, so weigh in!