BY Sean O'Brien on May 13, 2020 | Comments: Leave Comments
Related : COVID-19 NEWS, Soap Opera, Spoiler, Television, The Bold and the Beautiful 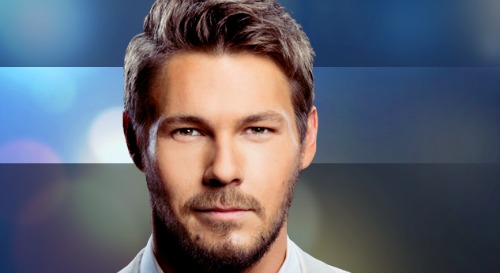 The Bold and the Beautiful spoilers tease that Scott Clifton (Liam Spencer) responded to fan questions and announced tentative filming dates for new B&B episodes as well as new COVID-19 work protocols and plans. This occurred extemporaneously during what had originally been scheduled as a classic B&B episode watchalong.

The actor was supposed to interact with fans about a repeat episode that was going to air. But the California feed of the show was temporarily delayed, due to coverage of a government virus update, just as the actor was about to begin live Tweeting. So, being ever creative, Clifton went live on camera and took fan questions, which included interest in B&B’s return to work plan.

Clifton said, “We have an idea. We were told, all of us, the whole cast, that we were going to try for mid-May, so like, May 15th-ish. But we’d been told, we had been given other dates before that, that didn’t pan out because things keep changing.”

“So everything is tentative and we’re really, really itching to get back in there and give you guys some more story. But we want to stay safe to and even when we do go back there’s going to be a lot of protocol that wasn’t in place before.

“We’re going to to have to do things a lot differently. It’s going to be a lot smaller of a set. Fewer people on it. A lot of measures to make sure that everybody is healthy and safe and not infecting anybody. And we might even have to film things a little bit differently, where we’re not necessarily in such close proximity for these scenes.

“I assume that you, as our fans would understand that (the new protocols). But, yeah, we’re dying to get back to work. But we have to do it safely and intelligently.”

According to recent media buzz across the pond, popular daytime soap operas in England are currently scheduled to return to production sometime in June. No exact date has been set for next month’s anticipated return, as the pandemic is also impacting that country along with many others around the world.

Precautions, including social distancing among the actors while scenes would be recorded, along with age limitations on which actors might be able to work are presumed to be be in place. Those health related measures are unprecedented and would result in a different type of product being produced.

When asked Clifton said that his top Steam moment was the wedding in Aspen, which happened during the early part of the actor’s run on B&B and connected to the classic episode did come on during his interactive social media session. He noted that behind-the-scenes events played into his pick.

Clifton said that his fondness for that memory was connected to the fact that he and Jacqueline MacInnes Wood (Steffy Forrester) were the coldest that they’d ever been in their lives. So, working the scene helped to provide a fun, bonding moment between them. It was their first chance to really get to know each other as people.

The actor also noted that his favorite storyline was the Adam and Eve arc, where Liam had a form of amnesia, that was played exclusively with Rena Sofer (Quinn Forrester). The month’s-long storyline allowed Clifton and Sofer to bond as colleagues.