The Bold and the Beautiful Spoilers: Will Carter Be Killed Off in 2020 – Beloved Death Contender Emerges After Zoe Flirting? 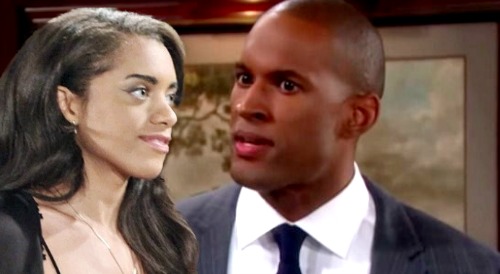 The Bold and the Beautiful (B&B) spoilers tease that a lingering question looms over the CBS soap. B&B fans can expect a beloved character to meet a grim fate in 2020, so who’s it going to be? Let’s really consider the wording here. As much as we want to, we can’t wish away the “beloved” part!

That means a character fans care about is going to be killed off. Sally Spectra (Courtney Hope) is one option to consider since she’ll face a difficult diagnosis soon. She also made a cryptic comment about how things would be OK with Wyatt Spencer (Darin Brooks), even if it killed her.

However, we should limit ourselves to considering just Sally. After all, sometimes a line that seems like a hint doesn’t turn into one after all. As for Sally’s illness, that could certainly be something she overcomes. The point is Sally is arguably beloved, but there are many other beloved characters who could be options.

After all, previous Bold and the Beautiful spoilers pointed to multiple deaths related to Thomas Forrester (Matthew Atkinson) story. So far, we’ve only had Emma Barber’s (Nia Sioux) demise.

Thomas was believed to be dead briefly thanks to that acid vat, which turned out to be filled with cleaning solution. Even so, the death didn’t stick and doesn’t really count.

If Sally was killed off due to her illness, that wouldn’t be connected to Thomas at all. Perhaps we should consider characters who are going to be in Thomas’ orbit – and a new one may be entering the mix.

During the week of January 27-31, Zoe Buckingham (Kiara Barnes) will be flattered after Carter Walton (Lawrence Saint-Victor) flirts. He’ll express interest in Zoe, so that’s intriguing.

Thomas might think he can use Carter to his advantage. If he can push Zoe in Carter’s direction, he’d have an out and could possibly even play the victim. Thomas needs a way to cut ties with Zoe without seeming like he’s still hung up on Hope Logan (Annika Noelle).

Of course, we all know how Thomas’ plans tend to go awry. Poor Emma knows that better than anyone! She popped up in Bold and the Beautiful spoilers again out of nowhere and was killed off.

Carter’s popping up in out of the blue as well. This is different from Carter’s usual legal duties and wedding officiating. This info suggests Carter could be part of Thomas, Zoe and Hope’s actual storyline.

Carter could be considered beloved, but they barely use him and he wouldn’t leave a gaping hole on canvas. That makes him a prime candidate to face a deadly outcome. There’s no guarantee Carter will be the one, but he’s at least on the table if he’s going to be involved in all the Thomas drama.

Nobody’s safe when Thomas is headed for a downward spiral again – and he just might be. Carter could easily become a victim if he catches onto Thomas’ next plot or lands in the wrong place at the wrong time.

This beloved death is still unanswered by the show, so it’s good to speculate and prepare for grim possibilities in advance!