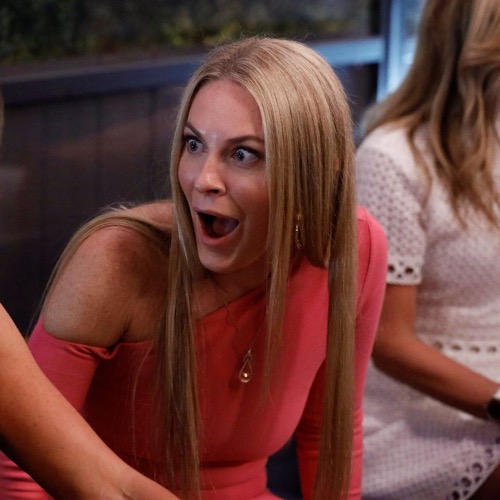 Tonight on Bravo TV The Real Housewives of New York airs with an all-new Thursday, September 24, 2020, episode and we have your RHONY recap below.  On tonight’s Real Housewives of New York season 12 episode 24 “Reunion Part 3,” as per the Bravo synopsis, “The housewives talk about significant moments in their travel to the Hamptons, Newport, and Mexico. Ramona accuses Leah of ruining her birthday party with some provocative moves at the dance floor.”

Andy shows us scenes of this season of how many times the women repeated some of their favorite phrases. A viewer tells Luann that she seems to be always trying to gather the women and keep them in control. Luann says yes, she is the wrangler. Another viewer says do two words mean any less than when Ramona says I’m sorry. The women laugh and Ramona says better to say sorry than to be a denier. We take a look back at Ramona and all of her girlfriends and how it didn’t sit well with the other women.

A viewer asks if Ramona’s reason for being in the Hamptons is to be seen and the women say, amen. Ramona then goes on to say that the reason she has a lot of girlfriends, Andy interjects that he didn’t ask her that question, but Ramona goes on to say that she goes to parties and that how she makes her friends. Ramona gets flack for leaving her own party that she hosted. Sonja says that she doesn’t like how many times Ramona mentioned her fifty friends and a lot she introduced her to.

Sonja asks Ramona where are her fifty friends going to be when they are having two for one martini at the burger heaven, they are just using her. Dorinda says that a 60-year old holding herself a birthday party is so insincere. A viewer asks Leah if she caught Ramona with a fake Gucci bag, she says yes. And, Leah says Ramona was a little too happy when she did get the Gucci bag at her birthday party. A viewer asks Ramona why she called Sonja heavy, it was rude and uncalled for. Sonja says she was so embarrassed that it actually made her eat more.

We take a look back at the way Ramona treated Elyse, then Ramona calls her a black widow and says she betrayed her. Romana says she is friends with people who bring her happiness. Dorinda says that she looks for friends who will shepherd her in the good and bad times. Dorinda feels like she has created a great friendship with Sonja, but she still thinks she is not communicating everything.

The women all talk about how proud they are about Sonja Morgan by Sonja. Sonja says it is satisfying and her daughter is proud of her. She has made many connections in the business and eyes are on her. But, she admits that retail is a tough business. Sonja says when it comes to men, it is time for momma to get something. Leah says she looks hot.

They talk about how John doesn’t take care of Dorinda, she takes care of him. And, how Dorinda was going through pain and projecting it. Dorinda says she was overwhelmed this season and didn’t get the help she needed; she was angry and projected it, she couldn’t cope with it. The thing that made her really sad and most upset, is that Ramona made it first and never called her once outside the show. Ramona pulls out texts that she printed that she sent Dorinda after the show. Dorinda says it was before that when she should have reached out. Leah says she realized how much pain Dorinda was going through after John. Ramona says that once Tinsley left the show, Dorinda made her, her punching bag. Dorinda says that Ramona uses people, she did it the whole season.

Andy asks Dorinda if she resents Luann about being arrested, she says no and she is sorry about bringing it up again and again to Luann.

Leah says she would rather deal with Dorinda who has anger issues, but doesn’t hit below the belt than deal with Ramona who says horrific things. Luann is surprised by that statement and does not agree. Dorinda says she was defensive this season, but it was because she was in a lot of pain. In hindsight, she feels that she probably should have taken off this season.

A viewer says he is one of Dorinda’s biggest fans and tells her it’s ok to admit that she is wrong sometimes. Dorinda says she knows she was wrong, especially with Luann this season. She feels bad that she and Ramona could come to terms with their relationship this season. She thinks they need to put the past in the past and push a reset. Andy says that is a great place to leave it.