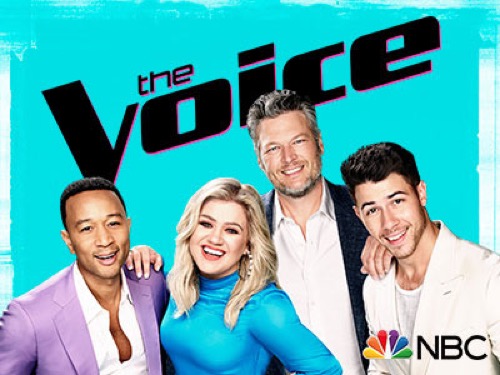 Tonight on NBC’s Emmy Award-winning musical competition The Voice airs with an all-new Tuesday, February 25, 2020, season 18 episode 2 “The Blind Auditions,” and we have your The Voice recap right below. On tonight’s The Voice season 18 episode 1 “Live Finale, Part 2” as per the NBC synopsis, “The “Blind Auditions” continue as superstar coaches all vie to discover and coach the next singing phenomenon in the “Blind Auditions.” The vocalists compete to be selected by one of the coaches and fight for a chance to be named “The Voice.”

Coaches Comments: Kelly: “The fact that you choose that version of the song means you are full of fire. Regardless of you being on a team or not, I am sad, I cannot wait to see what other songs you slay.” John: “My favorite part of your performance was the higher notes, you nailed them with precision and power, you electrified the whole room.” Nick: “What a voice, I’m excited, to see what inspires you.”

Levi Watkins from Birmingham, AL, 14 years old. He is singing, “Hey, Soul Sister.” Blake is the only one to turn his chair.

Coaches Comments: Kelly: “I have not been that wrong in five seasons, for a billion dollars, I thought you were a female that sung lower in her twenties. You have a really cool vibe.” Nick: “To have a voice developed like that at your age, do you have a musical family.” (yes he does)

Coaches Comments: Kelly: “Wow, you’re white. I would have lost a lot of money had I bet on that. I loved your voice, your runs were cool and you were very impressive.” John: “You were mind-blowing, amazing. A flawlessly executed runs.” Blake: “You really blew one shingle off this place. I think you are one of the greatest singers I have ever heard.” Zach chooses John as his coach.

Chelle from Barbersville, IN, 18 years old. She is singing, “idontwannabeyouanymore.” Blake, Nick, and Kelly turn their chairs.

Coaches Comments: Nick: “Your tone hit me and made me feel emotional. I think as a singer it is the hardest thing to do, you blew us away. You are the kind of singer I would write songs for. I am the logical choice.” Kelly: “I remember when I was your age I would overthink everything. You’re a singer but you are a storyteller and you also won’t do well. I heard so much beautiful potential, just let go.” Blake: “You had perfect pitch. You can choose a coach who won this show six times who lives and dies for music.” Chelle chooses Kelly as her coach.

Toneisha Harris from Roswell, GA, 44 years old. She is singing, “I want to know what love is.” All four coaches turn their chairs.

Coaches Comments: Nick: “That was one of the most powerful vocals that I have ever heard, not just here, but ever. The runs were perfect, there wasn’t one note that was out of tune.” Kelly: “Your voice is a total blessing. We want to be moved, and that is what you did.” Blake: “You were incredible. It is so refreshing to hear someone come out here and sing a classic, you took it to a new level.” John: “Whenever all of us turn, it is something special. You don’t need us, you deserve to be in the finale.” Toneisha chooses Blake as her coach.