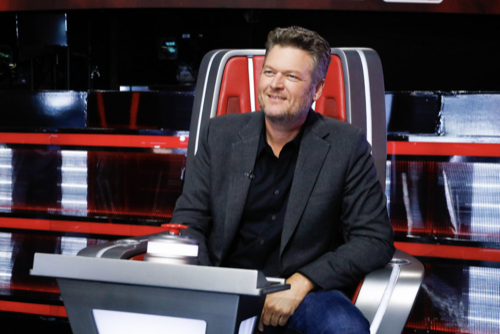 The Battles continue. Team Kelly was up first tonight and the coach chose to pair Desz with Joseph Soul. She paired them for a battle because she found both to be super soulful albeit in different ways. They have some sort of vibe and, while it’s great to have them both, she really only needs one of them for that category. Kelly gave them the song “If You Don’t Know Me By Now”. She and Leon Bridges coached the two vocalists. They dealt with some pitchiness in those high notes and she reminded them that the song works because of the intricate moments in between. Kelly also had to rearrange the song so that both contestants could shine. And so she wasn’t favoring anyone.

Kelly wanted both contestants to do well. She did that by choosing a great song she knew would work with both of their voices and she coached them until it became a stiff competition. This wasn’t an easy battle. Desz and Joseph had sounded amazing together. Their duet was a true duet and neither of them tried to one-up the other. They sounded so great that the judges couldn’t help saying something good about both of them and if they really had to choose a winner then it had to be Desz. Desz was confident out onstage. Joseph wasn’t and he did let his nerves get to him. In the end, it was an easy choice for Kelly because she knew like everyone else did that Desz won.

Desz won this battle. Jospeh was put on the chopping block and Gwen chose to use her Steal to save him. Joseph is now part of her team. He gets to stay a little longer and next up was Team Blake. Blake paired John Sullivan with Jim Ranger. The two men were from different lanes and Blake paired them together to test them. He wanted to push them out of their comfort zones and so he gave them a Kane Brown song. Kane Brown also happened to be the mentor Blake chose to help him with the battles. Meaning the original singer was right there in person to critique the guys as they performed his song and whatever they were doing must have been good because Kane was smiling the whole time.

The two performed “Good As You”. They each chose to play the guitar and so that added something new to the performance. They also gave it to a soulful rocker vibe. They sounded amazing together and this was another tough one. Blake had a tough choice on his hands. He turned to the other judges for help and John leaned towards Jim. He said Jim commanded the room. Gwen agreed with him because she said that as the song went on it was Jim that going up and up and John was being pretty mellow. Kelly said the same thing. She loved both, but if she had to choose it would be Jim and so Blake went with the obvious choice. He went with Jim.

John has tons of personality in his voice. He was a great singer and it was unfortunate that he was eliminated tonight. The other teams had battles and not every battle was shown. Kelly and Gwen were both seen choosing someone though it was unclear how well the performance was. Only things returned to normal with Team John. John had Miguel as his mentor tonight and Miguel brought a lot to the table. He comes from a household of teachers. He knew he needed to inspire the contestants and both he and John were able to do so. They watched the practice between John Holiday and Julia Cooper.

They were given a classic song. Julia did her best to give a modern take and the other John was at first holding back. He had needed to be convinced to go for his full range. Miguel and their coach told him to never restrain his talent and so John Holiday gave the song his absolute all. He and Julia performed “Summer Soft” by Stevie Wonder. The song was so complicated with so many ups and downs that it really was tough to perform yet the two did remarkable jobs with it and they impressed their coach. John was rocking out to their performance the whole time. He enjoyed both artists and he didn’t want to choose between them.

The other judges all had sweet things to say. They loved everything they saw and they had a hard time choosing between the contestants. They couldn’t do it and so how was John supposed to? John couldn’t compare the other John with anyone else because his voice is so unique and Julia’s head voice was so pure that everyone remarked upon it. And so John chose to save his namesake because he couldn’t help wanting that voice on his team, but John also didn’t want to give up on Julia and so he used his one and only Save to keep her on his team.

And tonight it was announced that Usher is coming back as the Mega mentor.