The Young and the Restless Spoilers: Cane and Lily Get Their Happily Ever After – Will Colin’s Downfall Bring ‘Lane’ New Beginning? 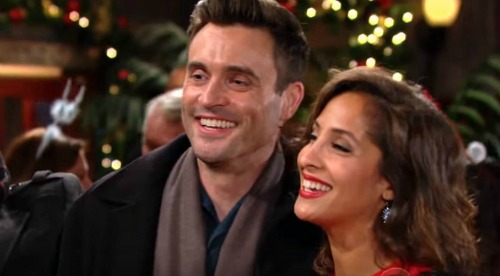 The Young and the Restless (Y&R) spoilers tease that Jill Abbott (Jess Walton) will remain committed to helping Devon Hamilton (Bryton James). She hates that she got duped by Colin Atkinson (Tristan Rogers), who made everyone believe Cane Ashby (Daniel Goddard) should inherit Katherine Chancellor’s (Jeanne Cooper) fortune. Colin took the money and ran, but Jill has no intention of letting him get away with it.

Y&R fans can expect the Colin hunt to continue in the weeks ahead – and there’s surely a reason why. After all, The Young and the Restless writers could just stop mentioning it and let it go.

The fact that there’s still a push to find Colin seemingly indicates that he’ll indeed be found down the road. Colin needs to go down, and we need some resolution to Cane’s story.

The Young and the Restless chose to take Daniel Goddard off contract and send Cane off looking for Colin, but the search can’t last forever.

What will Cane do after all the will drama is finally resolved? Will Cane bring his own father into custody and give back Devon’s billions? Cane’s situation still seems up in the air, but many viewers would probably like a firmer ending to his story.

Lily Winters (Christel Khalil) has a visit coming up during the week of January 13-17, but it’s just one of her usual short-term stints. At the moment, Khalil isn’t interested in sticking around.

With that in mind, it feels like a waste to not give Cane and Lily their happily ever after. If Cane’s offscreen and Lily’s offscreen with the exception of a popup here and there, why not reunite them and give “Lane” fans what they want?

It’s possible Cane’s commitment to making things right for Devon will affect how Lily feels. There’s always been a deep bond between Cane and Lily, so there’s also the potential for reconnection.

Goddard has been a very vocal supporter of the pairing and might be willing to return for something like this. It’d be a chance to finally give Lily and Cane their happy ending.

What do you think the future holds for Cane? Is there still hope for Cane and Lily’s romance? We’ll give you updates as other Y&R news comes in. Stay tuned to the CBS soap and don’t forget to check CDL often for the latest Young and the Restless spoilers, updates and news.