The Young and the Restless Spoilers: Daniel Goddard Shares Heartwarming Story – How Y&R Helped Him Turn a Dream Into a Reality

BY Heather Hughes on May 9, 2020 | Comments: Leave Comments
Related : COVID-19 NEWS, Soap Opera, Spoiler, Television, The Young and the Restless 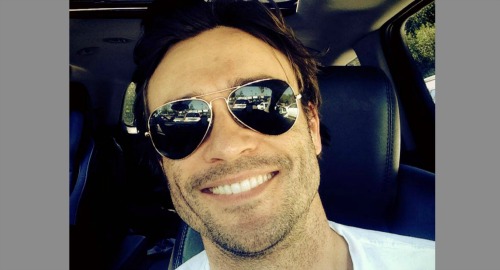 The Young and the Restless (Y&R) spoilers reveal that Daniel Goddard (Cane Ashby) recently shared a heartwarming story about his path to U.S. citizenship. It’s been a dream of this Y&R alum’s for quite some time, but there were some snags that got in the way. In a new interview with Soap Opera Digest, Goddard discussed how his soap opera experience actually helped him make that dream a reality.

Since dual citizenship with Australia wasn’t possible a few years back, Goddard held off on becoming a U.S. citizen. He played the waiting game until provisions finally changed, which led to him starting the lengthy process in 2019. The former Young and the Restless star took the first step online, but he had to wait nine months before the next step came along.

That next step involved an interview, which brought a question that was a bit tricky. Goddard’s interviewer asked why it took Goddard so long since he’s been in the United States for 23 years. “I answered, ‘Well, I had to wait until I could sit across the desk from you,’” Goddard said. He noted that scored a laugh from the interviewer, so it sounds like a good answer to us!

Through Goddard’s work on The Young and the Restless, he was able to prepare for a crucial part of the U.S. citizenship process. “I realized that working on a soap opera for as long as I did led me to learn my civics test, which is 100 questions, after reading it just twice,” Goddard said. “So memorizing lines for all those years helped me to become an American citizen.”

Goddard passed with flying colors, but the COVID-19 aka coronavirus crisis caused one final snag. The Young and the Restless alum was set to be sworn in as part of a group with 5,000 people, but the pandemic cancelled that for now. “So, I have to wait until I can raise my right hand to make it official.”

It’s interesting to hear how Goddard’s daytime drama experience helped him pull off his goal! Many Y&R stars talk about the pages and pages of dialogue they have to memorize, so it’s great that Goddard was able to use that skill to his advantage.