The Young and the Restless Spoilers: Elena’s Life Is Wrecked – What Does Devon Do Next? 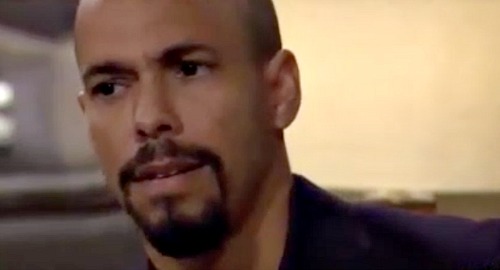 The Young and the Restless spoilers document that Elena Dawson’s (Brytni Sarpy) life is wrecked. She caused the turmoil and feels terrible about it. But the consequences of her actions aren’t controllable and can’t be easily fixed.

Devon Hamilton (Bryton James) is shocked, devastated, and angered to learn what happened between his current soul mate and his cousin. Nate Hastings’ (Sean Dominic) tortured feelings won’t matter, as conflict erupts and then sustains itself on Y&R.

Young And The Restless Spoilers – Elena Dawson & Nate Hastings – From Colleagues To More?

Elena and Nate have a lot in common and they’ve been friends for awhile. A series of internal events and the unexpected treatment of Jared (Michael Maclane) sparked a romantic encounter at New Hope.

Sarpy and Dominic are killing it in recent scenes, as they masterfully handled the texture of what was written and was available between the script lines. Their interpretations of painful remorse have projected through the screens of all audience members, with the next part of this storyline becoming even more engaging.

The situation Elena and Nate find themselves in is believable, as the unique circumstances that enveloped them created a perfect storm atmosphere. Whether this leads to them becoming a couple is also worth serious consideration at this moment in the plot.

Young And The Restless Spoilers – Amanda Sinclair Is Tied In

Y&R’s placement of Amanda Sinclair (Mishael Morgan) outside the clinic door allowed her to see in real time why Nate had been acting so peculiarly in recent weeks. His choice to break from the start of what felt like a promising relationship made sense as a result.

Elena put far too much emphasis on Amanda’s link to Hilary Hamilton (Morgan). She imagined Devon wanting Amanda, rather than accepting that his connection was purely to a previously unknown sister-in-law.

Meanwhile, Nate was contrasting the feelings he seemingly wasn’t able to generate for Amanda with however he has been, or now sees Elena.

Young And The Restless Spoilers – No Clear Path Forward

Devon and Elena can’t possibly kiss and make up now. This total betrayal of trust will take awhile to get beyond, if that happens.

The complications of the situation also involve Devon breaking contact with a family member he valued as an ally. Nate’s duplicity will leave an emotional scar that’s different than the one Lily Ashby (Christel Khalil), her name at the time, created through the car accident that ended the lives of Hevon’s expected first child and Hilary.

A very likable couple is broken, possibly forever, two cousins are at odds, and a just-revealed identical twin is part of the messy mix. This is and will continue to be good soap.