BY Heather Hughes on January 2, 2020 | Comments: one comment
Related : Soap Opera, Spoiler, Television, The Young and the Restless 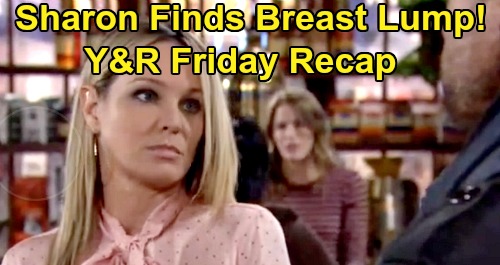 The Young and the Restless (Y&R) spoilers recap for Friday, January 3, teases that Nick Newman (Joshua Morrow) will realize he has to pick up the pieces of his broken heart and move on with his life. He’ll talk to Summer Newman (Hunter King) about Chelsea Lawson (Melissa Claire Egan) stopping by to get her stuff later.

Summer will suggest they were both on the rebound and add that Nick deserves somebody special. Of course, Nick’s mind won’t be on a new romance just yet. As for Chelsea and Adam Newman (Mark Grossman), they’ll discuss what happened last night. Adam will quickly realize what he saw between Nick and Chelsea was them saying goodbye.

Chelsea will point out that she’s not ready to be with Adam. She’ll feel like she hurt Nick because things weren’t settled with Adam, so she won’t want to rush this reunion. Adam will think a simple date would be a nice start. They’ll end up having a little New Year’s brunch together and toasting to what they can be.

At Crimson Lights, Mariah Copeland (Camryn Grimes) will be surprised to see Tessa Porter (Cait Fairbanks) nervously sipping coffee on the patio. She’ll offer to back Tessa up at her meeting with Tanner Watts (Chase Coleman), but Tessa will put on a brave face and suggest she’ll be fine.

As Tessa exits, Faith Newman (Alyvia Alyn Lind) will show up and get a hint about this mysterious meeting. She’ll be curious, but Mariah won’t divulge details just yet. Over with Sharon Newman (Sharon Case), she’ll be distracted as Rey Rosales (Jordi Vilasuso) talks to her about Faith. It won’t be long until Faith comes over to say farewell since she’s heading back to boarding school.

Faith will give out some goodbye hugs and make Mariah promise to give her updates on how things for Tessa. Afterward, Nick will walk in with Summer, who’ll take Faith aside for some boy talk. Back with Sharon, she’ll once again seem distracted as Rey offers a reminder about their dinner with Lola Abbott (Sasha Calle) later.

Once Rey’s gone, Nick will bring Sharon up to speed on his split from Chelsea. Sharon will ask if that means Chelsea reunited with Adam, but Nick will suggest that he’s staying out of all the relationship drama. He’ll crack a joke about his best days possibly being behind him, which will leave Sharon deep in thought.

Faith will tell Sharon goodbye again before heading out the door. When Faith’s gone, Sharon will call to make a doctor’s appointment. She’ll reveal that she found a lump on her breast this morning, so The Young and the Restless spoilers say Sharon’s cancer storyline seems to be kicking off. 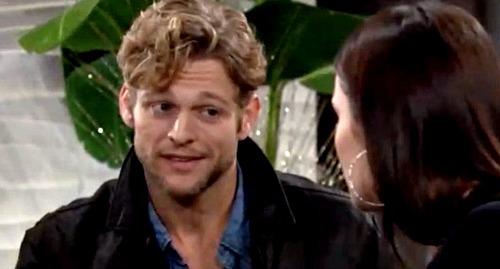 At Society, Mariah will talk to Devon Hamilton (Bryton James) about Tessa’s meeting with Tanner. She’ll think this could be the big break Tessa’s been looking for. At the Grand Phoenix, Tanner will want a hug as he greets Tessa. They’ll discuss Tanner’s success and how Tessa believed in him even when he was living out of his van.

Tanner will let Tessa know he’s short an opening act and wants her to go on the road with him. Tessa will struggle with this suggestion, but Tanner will contend that it’s not about their past. He’ll reflect on how they were young and reckless, but they’ve grown up since then. Tanner will once again push Tessa to accept his offer.

Next, Mariah will face a series of bombshells. She’ll think it’s great when Tessa explains that Tanner wants her to go on tour, but Tessa will think maybe she should turn him down. Mariah will note that she can negotiate time off for Tessa, so this won’t come between them. Tessa will suggest it might before revealing that she already knew Tanner…he’s her ex-husband!

Of course, Tessa has labeled herself as gay in the present, but she’s indeed been with men in the past. This secret marriage will come as a huge shock to Mariah, so they’ll have a lot to sort out. There’s undoubtedly quite a story behind all this, which means Tessa will have to spill all next week.

In the meantime, Y&R fans will see a dinner party at Society. Kevin Fisher (Greg Rikaart) and Chloe Mitchell (Elizabeth Hendrickson) will discuss their plan to reveal Chloe’s pregnancy at this gathering. It turns out Chloe and Kevin already told Bella Fisher (Martie Blair) offscreen, and now they’ll want to spread the word to the rest of their loved ones.

Chloe will convince Michael to stick around before Kevin tries to pipe up about the baby. He’ll be delayed by Esther’s dating app announcement and Lauren’s news about Fenmore’s stores across the globe. Bella will finally blurt out that she’s going to be a big sister, so Michael will think they should break out the bubbly.