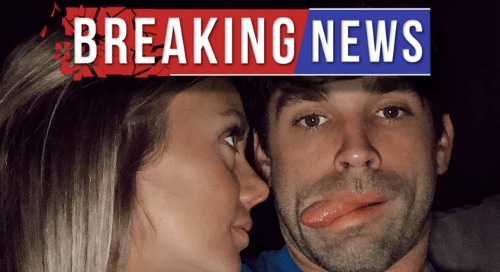 The Young and the Restless (Y&R) spoilers reveal that there’s some temporary recast news about Donny Boaz and Justin Gaston to pass along. On Instagram, Donny Boaz revealed that he had to step away from the role of Chance Chancellor due to testing positive for COVID-19.

Since that meant Boaz needed to quarantine, a temp replacement was necessary.

“I have a little news to share,” Boaz said. “A few weeks ago, I tested positive for COVID 19. Thankfully, I did not have any symptoms. In following guidelines, I quarantined at home so you may not see me on Y&R for a bit. I’m happy to say I’ve returned to work and will be back on the air very soon. Thank you for your continued support.”

While Boaz was out of the picture, Justin Gaston agreed to fill in. You might recognize that name since Gaston is Melissa Ordway’s real-life husband. However, Gaston also has soap experience since he played Ben Rogers on Days of Our Lives back in 2014.

Some of Gaston’s other credits include roles on The Haves and the Have Nots, The Client List, The Unauthorized Full House story and more. Gaston has a TV movie called Beautifully Flawed that’s currently in post-production, but his current schedule was open and that luckily allowed him to temporarily replace Boaz.

As for when Gaston will make his debut as temp Chance Chancellor, The Young and the Restless fans can expect to see him the week of November 23 according to SOD. It’s great to hear that Donny Boaz recovered and is already back to work, but we have no doubt Gaston will do a fantastic job in the meantime.

The Young and the Restless spoilers say Chance and Abby’s love story has become an important one for the show, so we’re all grateful to Gaston for stepping up. CDL will keep you posted as other Y&R news and updates emerge.

Are you excited to see what Justin Gaston brings to the role of Chance? Gaston and Ordway should have plenty of chemistry since they’ll be a real-life husband and wife acting duo. Make CDL your go-to source for the latest Young and the Restless spoilers, updates and news!