The Young and the Restless Spoilers: Lola’s Hot New Miami Man Steals Her Away – Theo Left Lonely and Heartbroken in Genoa City? 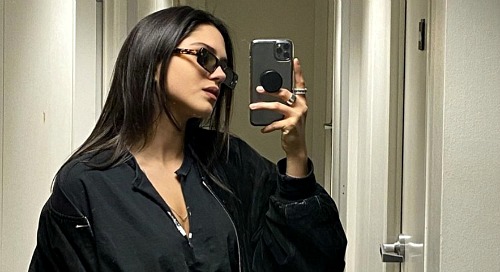 The Young and the Restless (Y&R) spoilers tease that Lola Rosales (Sasha Calle) could find herself seeking a new romantic direction. Y&R fans know Theo Vanderway (Tyler Johnson) recently got fired from Jabot. Theo calls Lola and leaves a voicemail with that unfortunate news on April 22. He admits he could use one of Lola’s goofy pep talks, especially since it’s his birthday.

Of course, Y&R’s definitely revving up this “poor Theo” angle now. Theo relies on Lola’s support, but why isn’t she staying in touch? It’s a shame for Lola to ignore Theo on his B-day! Lola may be awfully busy with this Miami restaurant, but could she be busy with another man, too?

It’s easy to imagine Lola falling for some hottie who’s making her dream possible. Whether that’s a construction worker hunk or another chef she’s considering for her future team, there’d be lots of opportunities for Miami heat. Since Lola’s family is from Miami, her mom could even be playing Cupid right about now.

Celeste Rosales (Eva LaRue) certainly doesn’t want Lola to get burned again after how things went down with Kyle Abbott (Michael Mealor). Maybe Celeste knows a family friend that she’s trying to hook Lola up with – someone Mommy Dearest approves of!

Even Arturo Rosales (Jason Canela) and Mia Rosales (Noemi Gonzalez) could get in on the matchmaking efforts. The extended Rosales family would love to welcome Lola back to Miami full-time – and they’d have a great reason to keep there if she found new love.

The restaurant alone may convince Lola to leave Genoa City behind, but a hot new Miami man would really seal the deal. Since an insider report points to Sasha Calle being out at The Young and the Restless, this could be an option for ending Lola’s short-lived romance with Theo.

It’s not like Theo and Lola are in very deep anyway. Lola isn’t even picking up the phone on Theo’s birthday, so her mind’s obviously on other things – or perhaps another man. Who’s to say Lola hasn’t already met the guy of her dreams down in Miami? Sparks can fly in an instant, particularly on soaps.

Once Lola gets updates on the full story behind Theo’s firing, she may decide to ditch him and seek this fresh start. Theo could be left lonely and heartbroken, so he may struggle to navigate life after Lola!