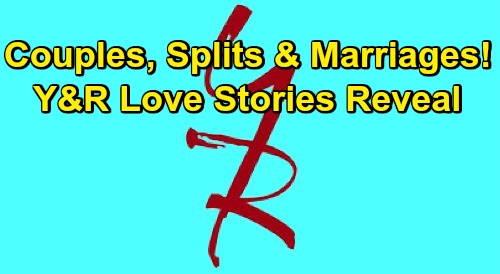 The Young and the Restless spoilers document that despite the drama there is reason for measured optimism in Genoa City, Wisconsin. Abby Newman (Melissa Ordway) and Chance Chancellor (Donny Boaz), Sharon Newman (Sharon Case) and Rey Rosales (Jordi Vilasuso), along with Nick Newman (Joshua Morrow) and Phyllis Summers (Michelle Stafford) all project positively.

It’s splitsville for Summer Newman (Hunter King) and Kyle Abbott (Michael Mealor), along with Adam Newman (Mark Grossman) and Chelsea Lawson (Melissa Claire Egan), as each pairing is done and should stay that way.

Young And The Restless Spoilers – They Are Together Now

Abby and Chance are deeply in love. Chance will survive being shot. Sometime next year this couple will marry and have their first child.

Sharon and Rey will marry on New Year’s Eve, or shortly thereafter. Shey is infinitely more healthy for Sharon than a reboot of Shadam could ever be.

Nick and Phyllis are actually getting along well. Phyllis was Nick’s anti-Sharon years ago, but she’s not that now. As for Nick, he’s the man that Stafford’s character should stick with because he offers her stability and love.

Young And The Restless Spoilers – Those Couples Who Are Forming

Lily doesn’t miss Cane Ashby’s (Daniel Goddard) betrayals. Lily also recognizes that she wasn’t always the most loyal wife. Billy will be fun to be with for awhile. But he’s Billy, so BiLily probably won’t become an enduring hashtag.

Elena will need time to deal with the loss of someone she loved deeply. But her realization that Nate is a better match than Devon should lead to solid couple status.

Young And The Restless Spoilers – The End Of These Pairings?

Summer and Kyle have been together and apart many times through the years. Yes, they do love each other. But neither person knows how to develop their feelings into a lasting commitment. Skyle is over, but can always rebound in 2021.

Adam wronged Chelsea. She should stay away from him and never agree to interact, except on parenting issues regarding Connor Newman (Judah Mackey). No one who orders his supposed significant other can be trusted.

Instead, Adam needs mental health treatment, which would be ideally administered during incarceration.

Of course there are other couples that readers can reference and project as well.