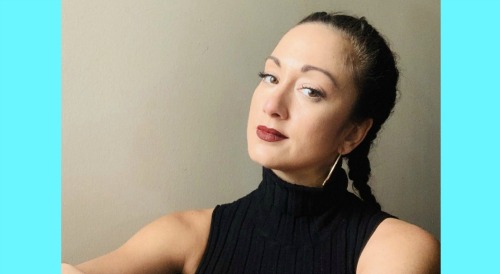 The Young and the Restless (Y&R) spoilers tease that Adam Newman (Mark Grossman) will be excited about a fun trip with Chelsea Lawson (Melissa Claire Egan) and Connor Newman (Judah Mackey). Since Adam and Chelsea plan to tie the knot on Hope Wilson’s (Beth Toussaint) farm, they’ll head back there to see how the property’s held up. The whole fam will be eager to lock in some wedding details.

Sadly, the place will pretty much be a rundown mess. It’ll sadden Adam to see the farm hasn’t been maintained, but there’s still hope! They can always fix the place up or change to another location if need be. Although this farm has sentimental value, the most important thing is celebrating “Chadam’s” love and their commitment to each other.

The Young and the Restless spoilers say Adam will run into a familiar face during the week of March 16-20. It looks like Adam will cross paths with this person while he’s in Kansas with Chelsea and Connor.

According to Soaps in Depth, Maria DiDomenico will debut as Alyssa Montalvo, an old childhood friend of Adam’s. This is a recurring role, so it seems Alyssa will do more than just pop up to tell Adam about the farm.

Of course, it’ll be interesting to see what Alyssa’s like and what buried secrets she might be keeping. Y&R surely wouldn’t include Alyssa if she weren’t going to be important somehow.

The Young and the Restless spoilers say Adam will end up grilling Victor Newman (Eric Braeden) about the past later. He may struggle to get Alyssa off his mind – especially if she jogs Adam’s memory about something.

Since Adam and Alyssa were pals as kids, they won’t know each other very well in the present. There’ll be so much to catch up on, and the story’s wide open as far as any agenda Alyssa might have. Y&R could take Alyssa in a sneaky direction or perhaps make her sweet and helpful. It’s all a matter of what they need for this particular story.

How will Chelsea feel about Alyssa? That probably depends on how Alyssa reacts to Adam and what she does moving forward. If Alyssa has a thing for her former best bud who’s all grown up, that could present a problem. We’ll offer updates as more news comes in about Alyssa and her purpose on the show.

Whatever the case, it’s nice to see something a little different to shake things up! Are you curious about Alyssa Montalvo and her connection to Adam? Don’t forget to stop by CDL regularly. There’ll be lots more Young and the Restless spoilers, news and updates to check out.