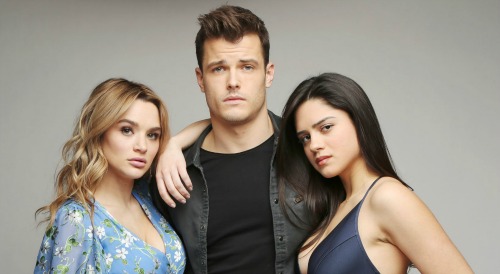 The Young and the Restless (Y&R) spoilers reveal that Hunter King (Summer Newman) is speaking out about her future on the CBS soap – and reflecting on some storylines as well! In a recent Soap Opera Digest podcast, King opened up about why she loves being part of Y&R and shared some complicated feelings about the stories she’s been part of.

For starters, King acknowledged that she’ll always feel a special connection to The Young and the Restless. She credited all the amazing people who work there and insisted she wants to keep her role there for as long as they’ll have her.

“I feel like I like got my start through everything with soap operas and I just feel such a strong connection to them and just so grateful that they’ve given me this opportunity for my career to be a working actress…I just don’t want to let that go,” King said. “I just feel like it’s my family…and it’s hard to ever separate from your family. So I always say, as long as they’ll let me be on the show, I’ll be on the show.”

Of course, we’ll see how things turn out if King’s new ABC comedy pilot gets picked up, but nothing’s set in stone as far as that goes. For now, King’s committed to The Young and the Restless and delivering great drama.

Speaking of drama, King was also asked about the storyline where Summer slept with Billy Abbott (Jason Thompson). She admitted she wasn’t a huge fan of Summer’s bad decision.

“I will always do whatever the writers want me to do…but I remember being like, “Oh, come on, Summer! Really? Really?! Come on.’ Like just wishing that she would just be better,” King said.

However, King ultimately chose to look at the positives. She “didn’t love” that Summer went there, but she also felt it gave Summer a low point and allowed her to show growth in the months that followed.

Next, King talked about “Skyle” and what it’s like to work with Michael Mealor (Kyle Abbott). She admitted they poke fun at each other all the time, but they have a blast running lines and often getting off topic. King thinks he’s a great costar and also loves him as a human in general.

What about another marriage? Does King feel like Summer and Kyle should give it another try? She confessed “it’s kind of fun when it gets messy,” so she’s a bit torn on this one. King argued that maybe they should take it slow although, but she added that “slow in the soap world is very different!”