The Young and the Restless Spoilers: Melody Thomas Scott On ‘The Talk’ August 3 – Will She Reveal New Y&R Episodes Return Date? 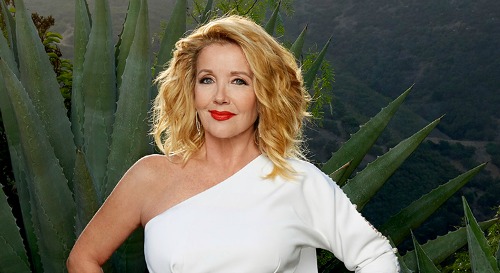 The Young and the Restless spoilers has some exciting news to pass on about a popular Y&R star. Melody Thomas Scott, who portrays Nikki Newman on the CBS soap, will be joining the ladies of “The Talk” on Monday, August 3rd. “The Talk” is a daily chat show that airs on CBS, and Melody is set to join the conversation to discuss all of the goings-on in Genoa City as well as her upcoming memoir.

As you might know, Melody’s memoir is due to be released on August 18th, and it’s called “Always Young and Restless: My Life On and Off America’s #1 Daytime Drama.” The book will detail Melody’s forty years on Y&R with behind-the-scenes stories, some of which she might share while guesting on “The Talk.”

Melody’s memoir will also detail her own personal history and journey, from her difficulties at home to her abuse at the hands of men in the entertainment industry.

You might not know that Melody acted in films with Alfred Hitchcock, John Wayne, and Clint Eastwood, so she’ll share details from those days of her career as well.

Expect to hear all about the memoir as Melody shakes things up with the ladies of “The Talk,” and let’s hope that she also can address how filming is going and when new Y&R episodes will return.

As you might know, Y&R’s cast and crew returned to work during the week of July 13-17, so they’ve been in the process of filming for a while, and fans are going to be anxious to hear details and when new episodes will air, so let’s hope the ladies of “The Talk” press Melody for info!

This comes after Eric Braeden, who portrays Victor Newman, tweeted a message to fans about how the cast and crew weren’t socializing while filming, which he described as being “strange.”

But fans need more details about how things are going and what’s going on storyline-wise, so hopefully Melody can give fans some tantalizing details about that.

Surely, Melody will give some insight into what filming is like with the new social distancing regulations, and let’s hope she’s asked the real burning question that’s on fans’ minds – When will the show be back with new episodes on our screens?

Y&R fans will want to tune into “The Talk” this Monday, August 3rd to get the scoop! Stay tuned to Y&R and don’t forget to keep CDL at the ready for all your Y&R news and updates going forward.