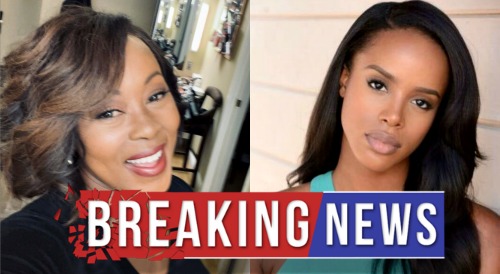 The Young and the Restless (Y&R) spoilers tease that Amanda Sinclair (Mishael Morgan) will get a special holiday surprise this year. On December 24, two characters will walk into Amanda’s life that’ll help the past meet the present.

Amanda has been digging for information about her history – and we know these new characters will relate to Amanda’s personal journey.

Let’s talk about the latest cast additions and what they’ll mean for Amanda. According to SOD, Ptosha Storey will be playing the role of Naya Benedict. You might recognize Storey from her work on shows like The Oval, Empire, If Loving You Is Wrong and more.

Meanwhile, Leigh-Ann Rose will be portraying the part of Imani Benedict. Rose has been featured on Younger, Law and Order: Special Victims Unit, Scorpion and several TV movies.

Both Story and Rose will make their Y&R debuts on Christmas Eve, so it sounds like Amanda may get something that’s at the top of her wish list.

The Young and the Restless viewers know Amanda is longing for a family. That’s at the core of what Amanda wants. Since Amanda’s twin sister, Hilary Curtis Hamilton (Mishael Morgan), died before they ever got a chance to meet, that makes this yearning for family even stronger.

Amanda is hoping to feel connected to her past and uncover the secrets that are buried.

Of course, Christmastime often brings heartfelt family moments. Are Naya and Imani related to Amanda? Could Naya be Amanda’s true birth mother or perhaps an aunt? Is Imani another sister for Amanda or possibly a cousin?

No matter how Naya and Imani fit in Amanda’s story, there’s a good chance a family reunion is coming up. Devon Hamilton (Bryton James) might even be the one who arranges this. That would definitely be the perfect present to touch Amanda’s heart and pull her closer to Devon.

Y&R fans won’t want to miss what’s in store once Imani and Naya first appear. We should note that Naya and Imani are recurring characters, so they could pop up again as Amanda’s story moves along.