BY hellodrdavis on January 5, 2020 | Comments: 3 comments
Related : Soap Opera, Spoiler, Television, The Young and the Restless 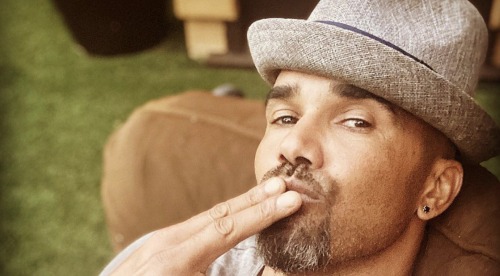 The Young and the Restless spoilers has some sad news to report about a former Y&R star. Shemar Moore, who portrayed Malcolm Winters on the CBS soap, recently took to Instagram to report that his father had passed away. He was 78 years old.

Shemar’s father was Sherrod Moore, and he passed away on December 11, 2019. The cause of death has not been reported. Shemar recently made the sad announcement on his Instagram feed. He posted a photo of himself standing next to his father’s casket and paying tribute to his life.

Shemar also posted the following caption: “SHERROD FRANKLIN ‘FREEDOM’ MOORE…The Man who helped give me life…My Father…RIP…I wish we had made time to get to know each other…but…we didn’t…I am grateful for you giving me life…I respect your service…Then there was silence…Regardless, I found my way to Stand up and find ME…”Walk a Mile in a Man’s Shoes”…I hope you’re FINALLY dancing in your FREEDOM!!!! PEACE OUT POPS.”

Shemar’s Instagram followers have responded in droves, with many offering words of comfort and condolences. One follower said: “Rest in Peace… Am so sorry for your loss. Condolences to you and your family.” And another commented: “Prayers for you and your family. My heart goes out to you in your time of sorrow.”

Shemar portrayed Malcolm Winters on Y&R from 1994-2005, and he also made appearances on the show in 2014 and in 2019. Most recently, he appeared in a two-episode arc for the memorial service for his on-screen half-brother, Neil Winters (Kristoff St. John).

Shemar also appeared on Criminal Minds as FBI agent Derek Morgan from 2005 to 2016. Currently, Shemar can be seen in the CBS hit series S.W.A.T. in the lead role of Hondo.

Our sincere condolences go out to Shemar and his family for their loss. Stay tuned to the CBS soap and don’t forget to check CDL often for the latest Young and the Restless spoilers, updates, and news.