The Young and the Restless Spoilers: Soap Vet Roscoe Born Dead At Age 69

BY hellodrdavis on March 6, 2020 | Comments: 2 comments
Related : Soap Opera, Spoiler, Television, The Young and the Restless 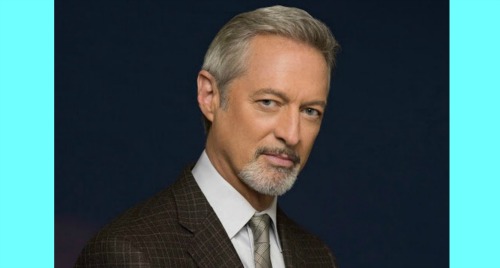 The Young and the Restless spoilers has some sad news to pass on about a veteran soap opera actor who appeared on Y&R as well as numerous other soaps throughout the years. Roscoe Born, who portrayed Tom Fisher on Y&R, is dead – he has passed away at the age of 69.

Roscoe portrayed “Terrible Tom” Fisher, the evil and abusive father of Kevin Fisher (Greg Rikaart) and stepfather of Michael Baldwin (Christian LeBlanc) who was recently mentioned on canvas by Kevin after he learned he would become a father to a little boy. Roscoe held the role from 2005-2006 and again in 2009.

But Roscoe’s soap opera career wasn’t limited to Y&R. On One Life to Live, he portrayed Mitch Laurence for many years, from 1985-1987, 2002-2003, 2009-2010, and again in 2012. He was perhaps best known for this villainous role, serving to antagonize Victoria Buchanan (Erika Slezak) among others. His character was quite popular, and he died and was resurrected twice.

Roscoe also appeared on All My Children, Ryan’s Hope, Days of Our Lives, As the World Turns, Passions, Santa Barbara, The City, and Guiding Light. He also guest-starred in numerous prime-time TV shows over the years, including The Rockford Files, Midnight Caller, and The Incredible Hulk.

Roscoe’s passing was announced on Facebook by his friend and business partner Deanna Lynne. She stated: “It is with a heavy heart that I share the news of Roscoe Born’s passing. He was an incredibly talented actor and songwriter. Many who knew him know how dedicated he was to social and political causes. He will be missed forever.”

Since his death was announced, many who knew and worked with Roscoe have taken to social media to express their sadness over his death. Greg Rikaart tweeted: “Roscoe Born was a talented and generous actor and a kind man to boot. He would often say that everything he did was for his daughter. My thoughts are with her and his family today.”

In addition, Melissa Archer (Natalie Buchanan, OLTL) tweeted: “I can’t put into words how incredibly heartbroken I am to hear of Roscoe Born’s passing. He was an incredible partner to work with and a master in his craft. I can say without a doubt that some of my favorite work on OLTL was with Roscoe. He will be greatly missed.”

Roscoe is survived by his daughter, Alberta. We send our deepest condolences to her and to the family at this time. Stay tuned to the CBS soap and be sure to check CDL often for the latest Young and the Restless news.