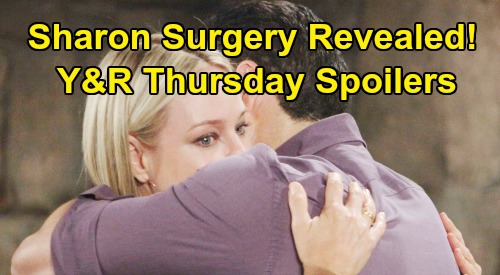 The Young and the Restless (Y&R) spoilers for Thursday, April 9, tease that Abby Newman (Melissa Ordway) will face a good dose of payback. Y&R fans know Abby was eager to rub all that loud construction in Phyllis Summers’ (Michelle Stafford) face. Abby gloated about getting a waiver on any noise restrictions and promised the construction crew would be back at it 5:00 a.m.

However, Phyllis called someone up for a favor – someone who’d been helpful when Phyllis was at Dark Horse and knows how to get things done. The Young and the Restless spoilers say Phyllis will score a win once this connection comes through for her. It won’t be long until a code enforcement officer shows up with bad news for Abby.

The Young and the Restless spoilers say Phyllis will be thrilled over Abby’s misery. It turns out Abby’s whole construction site will be shut down – at least for now. Abby might get it back up and running again if she can learn to follow the rules, but Phyllis might think that’ll be hard for her. She views Abby as an entitled brat who pitches a fit if she doesn’t get her own way.

Abby will indeed have a meltdown over Phyllis’ latest move, so expect another heated confrontation at the Grand Phoenix. When Nick Newman (Joshua Morrow) arrives to break things up, Abby will realize they’re back together.

Despite Phyllis’ recent backtracking, they’re still be moving in the right direction – or the wrong direction depending on who you ask!

Abby definitely won’t be pleased when she hears about this “Phick” reunion. Although Abby will probably try to talk some sense into Nick, it’ll be no use. Phyllis and Nick’s future seems locked in place for now.

Unfortunately, Sharon Newman (Sharon Case) will be facing a far more uncertain future across town. The Young and the Restless spoilers say Sharon will head to Crimson Lights as she awaits more info from her doctor. Sharon’s worried she’ll be forced to have a mastectomy, so she’ll battle her nerves on Thursday.

Mariah Copeland (Camryn Grimes) will also wind up at the coffeehouse with Tessa Porter (Cait Fairbanks) soon. Y&R spoilers say Mariah will be concerned about Sharon, but Tessa will manage to cheer her girlfriend up. Since everyone connected to Sharon is so terrified right now, it’s important to find joy where they can.

Later, Sharon will get the updates she’s been waiting on. It turns out Sharon will need a lumpectomy along with a lymph node biopsy. That’ll help the doctor determine if Sharon’s cancer has spread. Surgery is a scary step for Sharon, but she’ll brace for what’s ahead with the help of her nearest and dearest.