BY Heather Hughes on March 9, 2020 | Comments: one comment
Related : Soap Opera, Spoiler, Television, The Young and the Restless 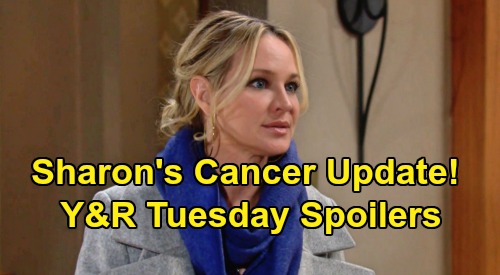 The Young and the Restless (Y&R) spoilers for Tuesday, March 10, tease that Devon Hamilton (Bryton James) will have some expansion plans in mind. He’ll hope to grow his empire, so he may be looking to bounce back after closing Power Communications. Devon ultimately didn’t see long-term value in that division, but he may have some new ones he’d like to start up.

Of course, Devon also has the new clinic he’s opening with Elena Dawson (Brytni Sarpy) and Nate Hastings (Sean Dominic). Elena wants to help as many people as possible, so Devon will certainly help her achieve that goal.

However, empire expansion plans don’t really fit for charity work. This sounds more like Devon will focus on Hamilton-Winters and boosting profits through new projects.

Other Young and the Restless spoilers say Nikki Newman (Melody Thomas Scott) will do something that’s not in her wheelhouse. She’ll think outside the box and make a move she normally wouldn’t make. Y&R fans can expect Nikki to forget about her comfort zone and just go for it, so what’s this all about?

This might be the perfect opportunity to pitch an idea and see what Nick thinks about it. Victor will definitely get behind pretty much anything Nikki wants to accomplish.

Then again, perhaps Nikki’s bold move will involve Sharon Newman (Sharon Case). Although the tension has lifted between these two, their sudden bond is still a little weird. There could be some awkwardness if Nikki does something to help Sharon.

It’s worth mentioning that we still need some follow-up scenes from Sharon’s night in the ice storm. She got incredibly sick at home with Mariah Copeland (Camryn Grimes) and Faith Newman (Alyvia Alyn Lind). Sharon feared they’d have to take her to the ER if she had a fever, so Faith dashed off to get the thermometer.

Tuesday’s episode will hopefully tell us how things turned out for Sharon. Whether Sharon made that ER trip or not, let’s hope she’s feeling better! The Young and the Restless spoilers, news and updates say Sharon’s tough battle will continue in the months ahead, so “Team Sharon” will just have to hang in there and support her.

It looks like some interesting developments are coming up. Once other news becomes available, CDL will pass along Y&R updates. Be sure to drop by regularly for all our Young and the Restless spoilers!