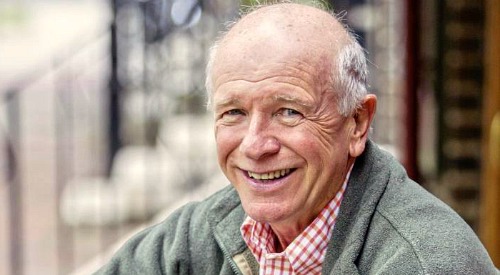 The Young and the Restless (Y&R) spoilers reveal that there’s some sad news to pass along. Y&R fans may remember Terrence McNally for his role as Dr. Robert Lynch from 1993-1994. Unfortunately, McNally has died due to complications from COVID-19 aka the coronavirus.

According to a spokesperson for McNally, The Young and the Restless alum and Tony-Award winning playwright passed away the age of 81. McNally had previously survived lung cancer and was living with chronic obstructive pulmonary disease before his latest COVID-19 battle.

This is certainly a tough blow for McNally’s loved ones, so Y&R fans are sending their love and support during this difficult time. In addition to McNally’s role on The Young and the Restless, he won four Tony Awards – including the 2019 Tony Award for Lifetime Achievement in the Theatre.

McNally was the man behind many fantastic plays and musicals like Ragtime, The Full Monty, The Ritz and Things That Go Bump in the Night. The popular playwright also had a few other acting roles in the 1970s and 1980s, including parts on CHiPS, Salvage 1, The Greatest American Hero and The Rousters.

McNally’s time as Dr. Robert Lynch on Y&R was brief, but soap fans are loyal forever! Anyone who’s ever been part of making The Young and the Restless special over the years deserves recognition. McNally’s incredible work in the theatre definitely deserves to be acknowledged as well. Those nearest and dearest to him can take comfort in knowing that McNally’s work will live on.

McNally died at Sarasota Memorial Hospital in Sarasota, Florida. He’s survived by his husband, Tom Kirdahy, who’s a Broadway producer. The Young and the Restless fans send Kirdahy their condolences as he copes with this loss. It’s always hard to say goodbye, but let’s hope Kirdahy is pleased to see how many people cared about McNally and his life’s work.

As for what’s next in Genoa City, The Young and the Restless spoilers say there’s much more drama to come. Victor Newman (Eric Braeden), Adam Newman (Mark Grossman) and all your favorite characters are sure to keep landing in tricky situations. As other updates roll in, we’ll deliver more Y&R details. Stick with CDL for other Young and the Restless spoilers, news and updates.