The Young and the Restless – The Bold and the Beautiful Spoilers: Lee Phillip Bell Dead At 91 – Y&R & B&B Co-Creator Dies 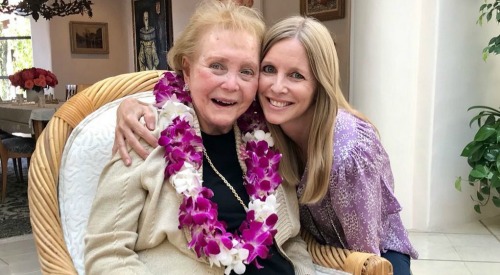 The Young and the Restless spoilers has some sad news to pass on about a very important person in the world of daytime soaps. Lee Phillip Bell, the co-creator of both Y&R and B&B, has died at age 91. She passed away on Tuesday, February 25, 2020.

Lee’s children made the sad announcement in a statement. William James Bell, Bradley Phillip Bell, and Lauralee Bell Martin said collectively: “Our mother was a loving and supportive wife, mother, and grandmother. Gracious and kind, she enriched the lives of all who knew her. We will miss her tremendously.”

Lee and her husband William J. Bell created the Young and the Restless in 1973, and the Bold and the Beautiful in 1987. To say that they were important figures in daytime drama is an understatement. Both shows have been highly successful soaps for CBS.

But Lee had considerable success as a broadcast journalist as well. She produced and hosted a talk show, The Lee Phillip Show, which aired on CBS for more than 30 years. In that capacity, she interviewed political leaders and entertainment legends including Ronald Reagan, Gerald Ford, Clint Eastwood, The Beatles, and Judy Garland.

She was truly a pioneer in the genre of broadcast journalism. In fact, in 1977 she was the first woman to win the Governors’ Award from the Chicago chapter of the National Academy of Television Arts and Sciences.

Lee’s husband William J. Bell preceded her in death, as he passed away back in 2005. She is survived by her three children and eight grandchildren.

Our sincerest condolences go out to Lee’s family at this time. Stay tuned to the CBS soap and don’t forget to check CDL often for the latest Young and the Restless spoilers, updates, and news.