BY Kristine Francis on January 28, 2020 | Comments: Leave Comments
Related : Recap, Television, This Is Us, TV 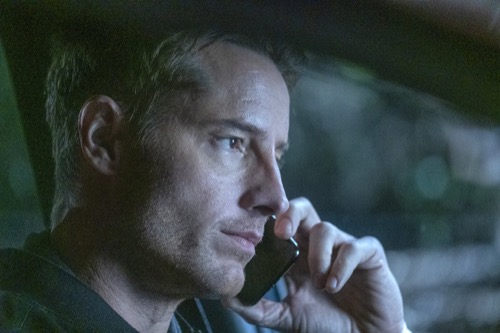 Tonight on NBC their honest & provocative dramedy series This Is Us airs with an all-new Tuesday, January 28, 2020, episode and we have your This Is Us recap below.  On tonight’s This Is Us season 4 episode 12 called, “A Hell Of A Week: Part 2” as per the NBC synopsis, “Kevin revisits his past and questions his future.”

All Kevin ever wanted was to be in love. He watched his parents growing up and to him, it had always seemed enviable. He thought he would have that one day. Kevin even thought he found it with Sophie and when things didn’t work out. Kevin and Sophie tried to several times to make it work. It never did and he thought that would be the end of it. Kevin thought he blew his last chance with Sophie. They were going separate ways and he never expected to hear from her again, but then she called.

Sophie called because her mother died. Her mother Claire was a force of nature and she was good for Kevin even if sometimes she wasn’t good for her own daughter. Sophie was often the adult in their relationship. She made sure the bills were made and Claire was the one that got to dream. Claire was a dreamer. She spent a bunch of money they saved for house repairs on a dream vacation to see the Northern Lights. Claire did a lot of stuff like that and at the same time, she was always supportive of Kevin.

Claire was someone he could turn to after he injured his knee. She was a character and she believed in him. She managed to be supportive without ever being negative. Even when she was telling him “no”. Claire hadn’t given him her mother’s ring to give to Sophie because she said he was too young and his marriage was too new. She did, however, watch him when he was doing parts without any lines. Claire was proud of him and she gave him that attention he was do desperately needing. Kevin was so used to sharing his mom with so many people that to have someone be proud of him was nice.

Claire was such a big part of Kevin’s life that he had to go to her funeral. He took time off of work and he went back to his hometown. Kevin saw quite a few places there that reminded him of the past. He remembered being there with Sophie and he remembered how happy they were. He also remembered Claire. Kevin came home to bury a woman that was like a second mother to him and so the funeral had been hard on him. He also hated seeing how sad Sophie was. Sophie only ever had her mother and losing her was something she couldn’t share with her fiancé.

Grant’s parents were alive. He never knew the type of grief that Sophie did or Kevin for that matter and that’s why Sophie had called Kevin. She needed to reach out to someone that understood. Sophie was glad when Kevin showed up for the funeral and she was happy when he came to the house afterward. Sophie was looking to escape everyone’s well-wishes and so she asked Kevin to take her away. They drove around for a bit. Kevin had no idea where to take her and she couldn’t think of a place either. And so he drove to their old hangout.

It’s the place where they were when his father died. Kevin hadn’t been back there in a while because he always felt his childhood ended there and yet he went back there now with Sophie because he wanted her to know that she was going to heal. She will always miss her mom. There was no changing that and so their trip was just to show her that their life beyond grief. The two of them even finished watching a movie from twenty years ago. They got to ignore life’s problems through that and once it ended – Kevin took Sophie back to her mother’s house.

Sophie and Kevin eventually said goodbye to each other because their love story ended a long time ago. They were just funeral friends now and Sophie returned to her guests. Kevin, meanwhile, went back to the gravesite. He shared a fresco with the late Claire and he thanked her for always supporting him like she did. Kevin also considered leaving a picture of himself that she had kept. Only he realized how weird that would be and so he just chose to leave. Kevin back to LA. He went over to his sister’s place hoping to see baby Jack and it turns out they weren’t there.

Kate was at a retreat with the baby. Toby was at work and so it was just Kate’s best friend that was there. Madison was talking of the dog with everyone away. She also had just been broken up with and so she was in a rough place. And Kevin was in the rough place, so the expected happen and he and Madison slept together.

Randall later called and he was looking to get out of town for a while. So, was Kevin and so was Kate and so everyone wanted agreed to go to the cabin for a while.

And in a flashback, the trio was coming together to help Kate after something happened with her boyfriend.