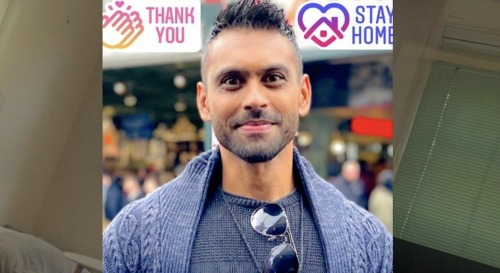 TLC 90 Day Fiance: Before The 90 Days spoilers has some news to report about Ash Naeck, who is currently trying to make his relationship with Avery Warner work. As viewers know, currently on the show Avery is questioning Ash’s job as a relationship coach, noting that he had quite a few questionable texts from women on his phone.

Ash then blurted out “I’m single right now” during the exchange, causing quite a stir among viewers. Of course, this came after Avery left the US to travel with her two kids to Australia for Ash, so it was kind of a big deal, and fans of the show have been really blasting Ash for it since the episode aired.

Well, according to Ash’s Instagram stories, he’s decided to take some time away from social media. Could it be that Ash has experienced unbearable backlash from his behavior on this past week’s episode? It sounds like that could be the case, given the tone of Ash’s message.

Ash posted a photo of himself along with the following message: “Everyone thank you for the support and the great messages received. The events of the past 8 weeks hit me today. I was not in any way prepared for the intensity of what the show both good and bad brought to me. I am of the mindset to not give up but that took a turn today and I am taking a few weeks off from Social Media for my mental health. Love you all.”

Well, Ash’s followers have had mixed reactions to his announcement. Some were quite negative, speculating that Ash couldn’t take criticism. One person commented: “He’s taking a break because he doesn’t want to hear the negative feedback of tonight’s showing on what he said to Avery and how he acted with her, he’s not a saint..!”

But other followers defended Ash and wished him well on his journey away from social media. For example, one person said: “Sorry to hear you’re taking off social media. Don’t let the haters get to you, you are super talented and a great person. Take care and stay healthy. Will miss your daily videos, they have been very helpful. God Bless.”

And someone else commented: “Really happy that you are tuned in to what you need mentally, and I support you 100%.” Finally, someone said: “I hope you feel better. Mental health is extremely important to take care of. Stay strong and positive.”